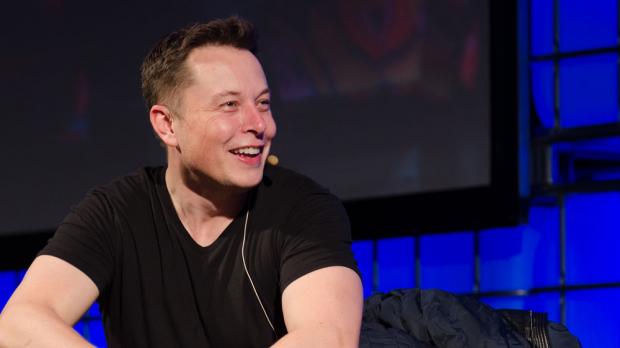 Last week, Wall Street confirmed the suspicions of journalists probing the deal that got Elon Musk to Buffalo and New York State into the business of building Musk a new SolarCity plant on the former Republic Steel site on the Buffalo River

Stock prices in Musk’s firm took a big hit on the last trading day in October when the company announced another big loss. In July, SolarCity was trading near $60 a share; today, it’s under $30. The company makes solar panels, which would seem a good business to be in given the enormous and accelerating demand for clean energy. The Obama administration recently tweaked that demand by releasing regulations that will cause even more distress for coal-producing states; a group of them is challenging the regulations in court, but the regs will almost certainly stand—which means that the demand for solar-sourced electricity will continue to grow as the true cost of coal has to be built into the artificially low price of coal-produced electricity.

Elon Musk wants the SolarCity panel plant, plus his Nevada battery plant, and a newly acquired light-emitting diode plant, to combine to provide the market with integrated energy, energy-storage, and next-generation energy-efficient lighting. By 2017, Musk’s Tesla car company will introduce a mass-market electric sedan. The stock market last week, which has treated Musk like a genius, adjusted its view—letting investors know that his company still has to hold on through its massive losses. SolarCity’s executives promise positive cash flow by 2016, and point to their current sales, and to the industry’s reasonable expectations of continued and very big growth.

Buffalo’s economy has a very big stake in Musk’s company succeeding. The SolarCity complex recently restated its commitment to hire not just 1,500 people locally, but 5,000 across the state.

Manufacturing employment here, as in most American regions, has plummeted. Most of the new jobs being created here are low-wage jobs, with an outsize share of what few high-paying jobs there are coming in finance and real estate. (At the Buffalo State Center for Economic and Policy Studies, we’re preparing a report on the very strong possibility of a Rust Belt real estate bubble; stay tuned.) The planned 5,000 new jobs in the solar-panel and LED fabrication center will replace the 5,000 manufacturing jobs lost in the Buffalo-Niagara Falls metro area since the onset of the Great Recession in 2008, before Obama took office. Five thousand net new manufacturing-sector jobs would be fabulous; 5,000 high-paying manufacturing jobs to replace the ones lost would be just fine.

The brand-new, just-released workforce-participation numbers from the Census Bureau tell why we should all hope that SolarCity and every other high-wage, high value-added firm around here prospers—because right now, we show no signs of breaking a pattern that is dooming much of the population of Buffalo to economic marginalization.

For most of the past decade, the worst numbers on out-of-workforce black men came from Milwaukee, according to reports by Philip Levine of the University of Wisconsin. But as of 2014, just over 75 percent of black males in the Milwaukee metro were in the workforce. The Upstate New York metros of Syracuse (69.9 percent), Rochester (69.8 percent), and Buffalo (64.9 percent) are worse off.

What that means is that even before we get to the question of who actually has a job around Upstate, black men are out of the civilian workforce at three times the rate of their white counterparts.

Then there’s the share of the men 25-54 who are employed.

When the jobs leave

Critics of the Elon Musk subsidy are focused on whether this particular high-technology company will deliver as promised in a brutally competitive international marketplace. After all, even with a $500 million loan from the Obama administration, the very well-regarded Solyndra panel-fabrication firm in California succumbed to heavily subsidized Chinese competition.

But the prospect for new employment in a long-term growth industry could be transformative for a languishing sector of the regional economy.

There are more than 550,000 adults in the Buffalo-Niagara Falls metro area workforce. The 1,500 jobs Musk’s plant promises here (and the 3,500 promisedacross the state) could have an outsize impact, though the total number is small, because of the potential for additional employment among suppliers and in the construction industry.

But that presumes that local people will take the jobs.

Chances are slim that the long-term unemployed, the low-skill employee, or the employee who hasn’t had a shot at developing industrial work experience will be touched by this development. And the 18,000 black men aged 20-64 who are not working are joined by at least 23,000 white males who are in the same boat. We have 40,000 fellow citizens who need jobs before counting other racial groups—or women.

But as the University of Chicago sociologist William Julius Wilson observed in his 1996 study When Work Disappears, the solution to joblessness is jobs. Work—whether subsidized jobs like the kind Franklin Delano Roosevelt created with the Works Project Administration or new factory jobs at Musk’s plan—is what’s needed to repair all the rips in the social fabric that liberals decry carefully and conservatives use to pummel the victims.

The crisis of black men in Upstate metros is very much a crisis of specific center-city geographies. When Governor Andrew Cuomo decided to gamble most of the Buffalo Billion on Elon Musk’s plant, he was making a bet that next-generation industry, physically located within less than a mile of the epicenter of the employment crisis, could be a step toward breaking the sad pattern.

We need for Musk to succeed. We need for electricity generated by solar panels, and for high-efficiency LED lights, to become national norms.

But Buffalo has little to say about Chinese industrial subsidies, international exchange rates (the US dollar is very high just now), or the Republican-dominated Congress, acting on behalf of the fossil-fuel industry, refusing to extend the solar tax credit. This metro has a need that can be addressed by new industry, but the only potential impact citizens here can have on Washington is to replace Chris Collins and Tom Reed, two strongly anti-Obama opponents of the same kind of tax credits and subsidies for alternative energy that oil and gas have enjoyed for decades.

So let’s hope that the clean-tech, clean-energy plant comes on line. If, as alleged, it took some insider dealing to get it built, then we should say, “Aw, shucks,” and keep working. There are at least 18,000 good reasons to get it up and running.

(I am indebted to Professor Fred Floss, chairman of the Economics and Finance Department at Buffalo State College, for assembling and analysing data from the American Community Survey.)