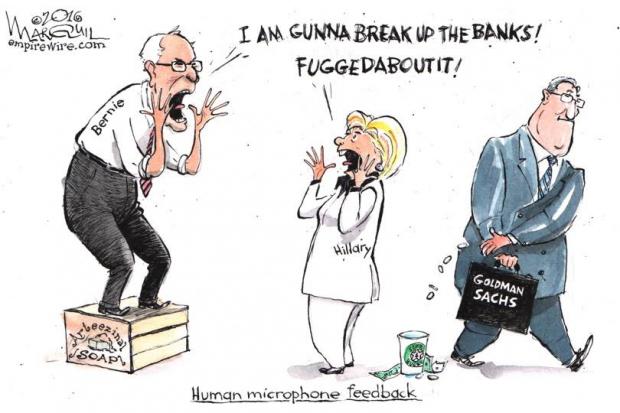 In Erie County, Hillary Clinton eked out a slim victory against Bernie Sanders; 50,199 to 49,387. The knives are out for Erie County Democratic Chairman Jeremy Zellner:

“The Erie County Democratic Party is once again the laughingstock of the state,” said James J. Eagan, secretary of the New York State Democratic Committee. “Jeremy Zellner is an embarrassment to the loyal Democrats of this county. When are the party leaders going to realize that it’s time for a change?”

Here’s a response to this sort of facile fuckery: what’s Albany’s, Rochester’s, and Syracuse’s excuse? Did Zellner magically screw Hillary there, too?

Bernie Sanders attracted over 11,000 people to his hastily-organized UB rally. Was that Zellner’s fault, or is that explained by a campaign that had tons of momentum coming into New York, and an opponent who has especially captivated young voters and the progressive wing of the Democratic Party?

But really, this doesn’t matter. What matters is how Clinton did in individual Congressional Districts. She lost in NY-27, but did very well in NY-26. Mr. Eagan should stick to worrying about things like systemic corruption in Albany and other things that genuinely matter.

Given the circumstances, that Clinton won anywhere upstate this year is amazing — Sanders outspent Clinton by a 2:1 margin - and perhaps the New York State Democratic Committee and Clinton’s campaign itself bears the brunt of the blame for her upstate results.