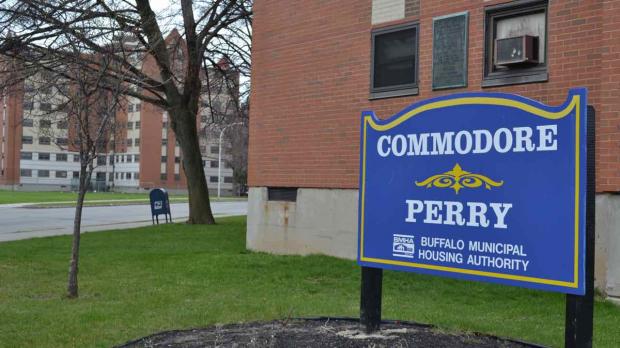 The beleaguered Buffalo Municipal Housing Authority’s transformation plan was approved by the Board of Commissioners Thursday, and will now be submitted to the U.S. Department of Housing and Urban Development, the federal agency that supplies most of the authority’s funding.

The federal government had requested that BMHA submit a plan by the end of April due to mounting concerns over chronic vacancy in housing authority properties. Only 84 percent of the authority’s units are currently filled, a figure that has earned it a “substandard” rating from HUD for the second year in a row.

In the request, the federal agency hinted that BMHA could be subject to receivership if it did not come up with a plan to boost occupancy to 93 percent in the next fiscal year, a mark that would allow them to shed the substandard rating.

But the issues don’t stop there. HUD has also questioned BMHA’s spending on outside legal counsel, its dangerously low fund balance, and a procedural lawsuit that threatens to nullify many of the board’s decisions.

According to the plan, BMHA would partner with private businesses to take on equity against its assets in order to raise funds for housing restoration.

“The BMHA is in the midst of its overall transformation plan,” said Housing Authority Executive Director Dawn Sanders-Garrett to a boardroom packed with housing authority employees and residents.“The BMHA is continuously evolving by adapting and redefining itself to meet the current and future needs of our residents and the people of the city of Buffalo.”

In addition, the plan calls for the sale of Woodson Gardens, better coordination between BMHA teams, writing off bad debt, lease enforcement and the completion of new units already under construction.

Joe Mascia, one of the two commissioners elected by BMHA residents, said the plan is only a shuffling of numbers and units designed to shed the substandard HUD label without addressing the root problems. A self-proclaimed pot-stirrer, Mascia often butts heads with the five appointed commissioners and the agency administration, all hand-picked by Mayor Byron Brown.

“It’s a shell game as far as I’m concerned,” he said a few hours after the meeting.

Mascia abstained from voting on the BMHA plan, saying he had not had a chance to review the document prior to the meeting. Housing authority staff dismissed his claim, saying leaders are always willing to meet with elected commissioners, even if they aren’t clued in to every decision.

HUD’s residential assistance demonstration program is also a cause for concern, Mascia said, since residents will have to live with the authority putting up BMHA property as equity and risk seeing it taken if the deal doesn’t work out.

“I’m not a big fan of it because you’re mortgaging your assets,” Mascia said. “If you can‘t fill those apartments like the way you say you should and if there’s crime running rampant, I don’t care how nice you make it look.”

Still, Sanders-Garrett maintains that the plan will keep BMHA solvent and under local control.

“I can guarantee that the BMHA’s plan will be accepted and that we can move forward with dealing with our occupancy and our financial issues,” Sanders-Garret said.