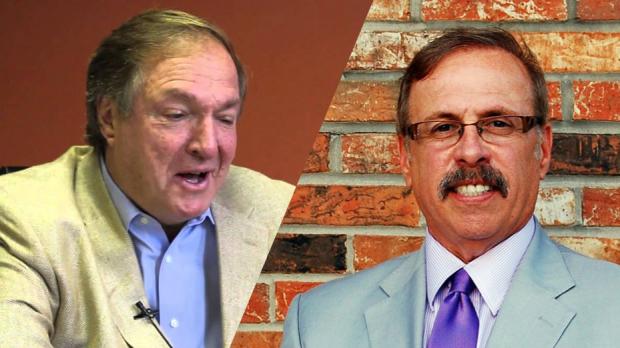 Joe Mascia, who is serving his fifth term as an elected resident commissioner for the Buffalo Municipal Housing Authority, is the MacGyver of local politics: Hand him a mixed bag of materials and he’ll make a bomb out of them, chuck it into the middle of a meeting, and wait for the smoke to clear. Mascia has been especially relentless in his criticism of BMHA lately.

—He’s been asking how the BMHA administration managed to spend millions over contract on the demolition of the Kensington Heights housing complex without approval from commissioners, who must sign off on any expenditure over $25,000. His Freedom of Information requests for the all financial records on the project were stymied by the BMHA’s law department for months, then finally answered last week. But BMHA lawyers insisted he’d have to pay more than $500 for copies of the relevant documents.

Think about that: He’s a commissioner, with fiduciary responsibility for the authority, and he was forced to FOIA documents about the authority’s finances and asked to pay for copies.

We’re told by other sources that the Kensington Heights project has attracted the attention of investigators who need not resort to Freedom of Information law to get the information they want.

—He filed complaints last fall with the inspector general for BMHA’s primary funder, the US Department of Housing and Urban Development, alleging irregularities in BMHA’s contract with the City of Buffalo for police services and the authority’s generous contracts with outside counsel for legal services. In a report released two weeks ago, HUD’s inspector general largely dismissed the first complaint but agreed with Mascia that BMHA seemed to be spending a lot of money on legal work that its in-house legal department ought to be capable of doing. Between October 2011 and July 2014, BMHA spent more than $1.4 million on outside law firms, primarily Hodgson Russ, including almost $900,000 related to the legal mire into which the Kensington Heights project quickly descended. HUD found fault with the means of procurement for $290,000 of those expenditures and asked BMHA to provide supporting documentation to justify them.

For its part, BMHA claimed that it needed outside help because it left its legal department’s head position vacant for 15 months, and that when it finally hired the current general counsel, he spent a good part of his time evaluating and restructuring the functions of the authority’s law department. In other words, they blamed the guy who came before for leaving a mess. No surprise there: “They’re always going to blame the guy who’s gone or the guy who’s dead,” said a local attorney familiar with the BMHA.

—Mascia’s frequent partner in bomb construction, Terry Robinson, helped Mascia to file an Article 78 proceeding last week accusing Mayor Byron Brown’s office of failing to follow proper procedures in appointing commissioners to the BMHA board. Essentially, they argue the Common Council never actually approved the appointments; if true, the allegation might require the BMHA board to be re-appointed and then to revisit every decision it has taken in recent months. Sources at the Common Council say they believe Mascia and Robinson are wrong on the law. The matter is before the State Supreme Court.

Why has Mascia been so frenetic in recent months? In part, no doubt, because the contract for BMHA’s executive director, Dawn Sanders, is up for renewal in April. Mascia places a lot of blame for BMHA’s dysfunction at Sanders’s feet. In addition, BMHA has been rated a low-performing agency two years running by HUD; if that happens for a third year in a row, it could lead to a dramatic reduction in federal funding for the authority. That’s a problem in its own right, but never more so than now, given the other bomb Mascia has been brandishing: He says the authority has less than $3 million in its reserves right now, less than HUD requires it to have. BMHA’s administrators have told Mascia there is no minimum fund balance; HUD has told him anything under $3.5 million sets off alarm bells.

Western New Yorkers beam when a state or national story manifests a local connection. Makes us feel the heave and churn of greater waters. That’s part of the reason that local news media, including this newspaper, paid special attention to the money Assemblyman Sheldon Silver invested in the Williamsville-based firm Counsel Financial Services.

Silver parked about $1 million with the company, which provides loans to personal-injury law firms in advance of anticipated settlements. Silver and his wife earned substantial interest on that investment—between $50,000 and $75,000 each in 2013, for example. Silver’s investments in Counsel Financial and elsewhere are threatened with forfeiture, in the event that US Attorney for the Southern District of New York Preet Bharara is able to prove Silver guilty of corruption charges. In all, Bharara has attached $3.8 million of Silver’s funds.

But one need not look to Albany or lower Manhattan to find politicians invested in Counsel Financial. Guess who else has been earning interest payments from the firm? The campaign committee for Buffalo’s former mayor, Tony Masiello, has received more than $86,500 in interest dividends from Counsel Financial since 2013 and averaged about $40,000 in dividends per year since 2008. Masiello, who left office in 2005 and now is a principal in a lobbying firm, still has about $317,000 in campaign funds available to him, money he has used to remain influential politically. Since leaving office, Masiello has spent more than $820,000 out of his campaign committee. The investments in Counsel Financial represent the committee’s only substantial source of income since Masiello left office.