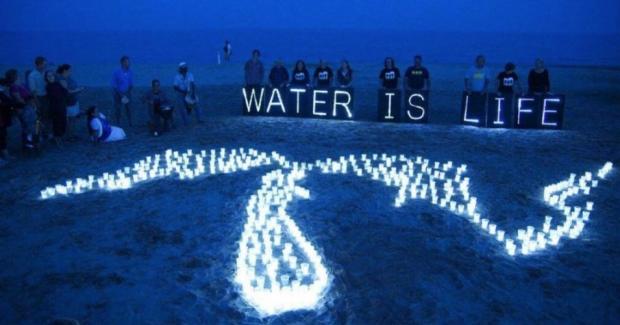 The Public Trust Doctrine dates back to the Roman Emperor Justinian, was codified by Magna Carta, became part of English Common law, and has been used to protect public resources and rights in the United States since our founding. Public resources are defined by such things as “the commons”—shared properties including parks, forests, shorelines, and water bodies such as lakes, marshlands, aquifers, and rivers. Wildlife has been included in many public trust discussions. Who owns or protects birds, pollinators, and their habitats for example is one of the reasons we have the Endangered Species Act. These are global resources that are protected only by common interests. Our inalienable rights, articulated in the Declaration of Independence and embraced by the Constitutition, include life, liberty, and the pursuit of happiness, the right to free speech, freedom to practice religion, and equal protection under the laws. These are fundamental definitions of freedom. This freedom is a public trust.

The Buffalo community and the wider culture that defines us is now engaged in a burgeoning debate over how the Public Trust Doctrine will characterize our future, both in the upcoming months and for generations to come. Local ground zero in the debate are Buffalo’s waterfronts, and in particular the waterfront, shorelines, trails, and green spaces that make up our outer harbor. Issues include property control and access, water, wildlife, and public intellectual resources including participation in decision-making.

The evolving discussion involves the transference of lands held in public trust to private development. The Erie Canal Harbor Development Corporation (ECHDC) has a plan to turn Buffalo’s increasingly popular and currently publically accessible Outer Harbor into a sprawling dominion of privatized condo communities with limited public access.  Even Wilkeson Pointe Park, next to Times Beach Nature Preserve is targeted by ECHDC for condo development. Is this the best use of public land?

Discussions about this project are hidden behind closed doors. There has been very little public engagement despite decades of public work on the use and values of the Outer Harbor. The common belief is that the ECHDC had a plan and it created a false community engagement project that lead to the ECHDC preferred conclusion.  It is hard to contradict that belief. Leadership at ECHDC has been not been very transparent as they invested almost $1 million in a plan that was developed by a non local consulting firm, mostly behind closed doors. Thankfully we, the public, are not that dumb and not that easy of a pushover.  But there is much more to come.  Public engagement and the values of the public trust both in terms of property control and in terms of the public’s intellect are resources that are surging in this discussion.

One of the primary issues is trying to understand exactly what the community gains from the preferred ECHDC proposal. ECHDC explanations are fuzzy at best. We know that we will loose public access. We know that this project will cost an enormous amount of public money. We do not know exactly what it will cost but we know that developing sprawl, as an investment by communities, are not profitable in the short or long term.

Some estimates for the ECHDC project exceed $1 billion dollars just to make the properties in questions “shovel ready”. We do not have exact figures because the ECHDC is discussing those costs behind closed doors and have not released those numbers. How can we have a legitimate discussion without a budget estimate? Who will bear those costs? You and I will bear those costs.  What exactly can we expect in return besides the expensive sprawl that has cost communities in WNY dearly. The most common answer proffered by the ECHDC and its partner interests focuses on creating a tax base. Really? Given the costs and the likelihood of decades of tax abatements, exactly how much will be returned to the public and when? Show us the numbers ECHDC. This has to be a public discussion. We need your leadership on this.

Privatization is not a unique to the Buffalo/Outer Harbor situation. Privatizing lands and public services is a principal part of the concept of our contemporary national and global economic modeling.

During the past year some Great Lakes communities have been feeling the wrath of the “privatization of the commons” that is being felt across the world by this economic politic of seizure of the public trust.  Detroit, whose water system was privatized a few years back by the same company that owns Buffalo’s water system -Veolia-, has been swept by a waive of water shutoffs and foreclosures because individuals have not been able to pay the ever increasing water bills and subsequent interest rates that have been imposed. Of course this weight is being borne by the poorest people living in Detroit. And despite what you may think, they are not poor by choice.

Today there is a massive effort by the Republican Congress to privatize national resources and commons including National Parks and other federal lands. Just recently, the U.S. Senate voted on Budget Amendment SA 838 which advocates for state control over nationally owned lands including every National Park in the country. This land transfer kicks down the door to access to public lands by the timber industry, mining, oil and gas, waste disposal, big agriculture, -and developers and Limited Liability Corporations (LLC) which are the biggest political donors in New York State.

This transfer of control of the commons to economically stressed local decision makers will come with consequences that promote local economic and budget concerns over wider public trust interests. Austerity contexts, driven by such things as expensive to local government sprawl, and resulting debt services to financers are increasingly imposed on local and regional governments. These imposed stresses cause states and local governments to transfer property and rights in order to pay debt, balance budgets, and in some cases finance new privatization schemes such as creating shovel ready infrastructure for development.

In this scenario, public land becomes private development, the forest becomes an agricultural product, or an industry resource such as a natural gas storage facility (See “The Pipeline Menace” -Allegany Stare Park, Seneca Lake, and the Constitution Pipeline).  It’s not that complicated to equate the loss of value to the public with the transfer of wealth to industry and the 1%. In return for a short term and bargain rate (for the privateers) currency exchange, the public looses the value of natural ecosystems and the natural services that contribute to such things as clean water, clean air, and a stable atmosphere. Under our system of economic development these costs are considered external costs and are born not by those that derive the direct profit.

The Link to Climate Change

The privatization of natural resources is a fundamental driver of climate change.  Climate Change is arguably the greatest failure of the privatization economy.  Not only do we open up our lands and waters to exploitation by fossil fuel and other energy companies, we are also pushing massive habitat loss by industries and economic strategies that for instance value a forest by its value as a timber product at the expense of ecosystems.  We tolerate and “absorb” the “external” costs of the resulting pollution in the atmosphere, in the soils, and in the waters that we all depend upon. We pay for this in increased health costs, lack of access to clean water and air, and a reduced quality of life. Climate change is an easy to understand manifestation of the destructive policy of privatization. We are slowly cooking in that pot. It is coming to a boil.  Can the Public Trust Doctrine save us?

There is a wonderful opportunity to explore issues of the Public Trust Doctrine on Wednesday evening, April 22 when Jim Olson, founder and President of FLOW (For Love of Water) will be speaking in Buffalo at the new Tifft Nature Preserve auditorium.

The event is sponsored by the Western New York Environmental Alliance. The purpose is to further move the discussion on Buffalo’s Outer Harbor development toward a broader understanding of how the Public Trust Doctrine effects the transfer of public land to the private sector for development and private condoized sprawl.

The event will take place at 7pm, preceded by a 5:30pm social gathering hosted by GreenWorks Niagara. Admission is free, seating is limited, and registration is encouraged. For more information, click here.