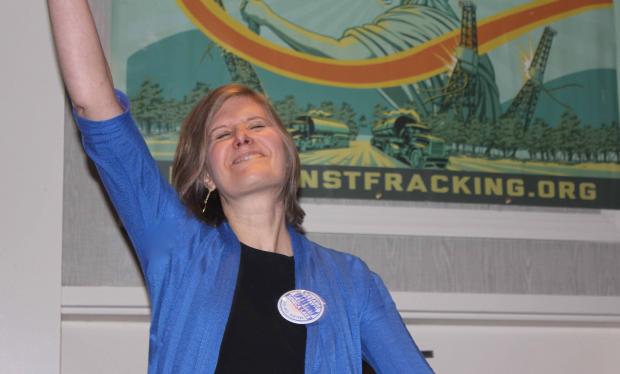 Sometimes when we think of climate change and how human activities affect earth’s health, we think of things that have already been done in the past.  It is easy to think, “that happened” and “what can we do about the past?” The truth is that things continue to happen. Development, activities, and choices happen every day that help determine our quality of life and that of future generations.  These are things that we should be critically analyzing and acting upon. If you care about the future and climate change issues it is important to know that there are opportunities everyday to prevent bad choices and to make good choices. It all starts with information and knowledge.

As this section develops in the coming editions of The Public, we promise a commitment to revealing, critically analyzing, and discussing what we do and can do every day to make a difference. As individuals and as a society our daily knowledge and decisions reflect how we move forward and how we can create a future that works.

When Governor Cuomo implicitly banned High Volume Hydraulic Fracking in NYS last December, activists gathered in Albany to both celebrate the decision and to discuss the next steps. There remains considerable concern about the continued use of this gas and other fossil fuels and how that use effects New Yorkers.  Issues discussed included ongoing disposing of fracking waste including spreading fracking waste on roads as a treatment for snow and ice, and the continued creation and expansion of natural gas industry infrastructure in New York State.

Activists argue that not only is the process of fracking dangerous because of the proprietary and secret fracking chemical combinations that can and have entered drinking water, and because of the habitat damage created by infrastructure including roads and pipelines, but because the use of natural gas, even as a transitional strategy against other fossil fuels, continues to contribute aggressively to anthropomorphic climate change. This is because the carbon footprint of natural gas (methane) is worse in the short term than CO2-Carbon Dioxide—the most well known green house gas. Methane absorbs heat more efficiently that contributes to warming of the atmosphere. The Environmental Defense Fund says that methane is 84 times more potent as a green house gas than CO2 during its first 20 years after release into the atmosphere.

The United States Environmental Protection Agency (USEPA) says that human activity related methane releases account for 9% of all US Greenhouse gas emissions. The Agency also says that methane is 20 times more potent than CO2, after 100 years.

Globally, 60% of methane emissions come from human sponsored activities. In the U.S. the largest source of those emissions come from the gas and petroleum industry during the production, processing, storage, transmission and distribution of natural gas. Production, storage, refinement and transportation of crude oil are also a significant contributor to methane release. That is followed by agricultural practices including livestock flatulence and the storage of manure in lagoons and holding tanks, and by landfills, the third largest source of methane leaks in the US.

Attendees at the Albany meeting were addressed by Sandra Steingrabber, one of the leaders in the New York State and national anti-fracking movement. She told the crowd about the threats to Seneca Lake, one of the Finger Lakes in beautiful central New York. This area is a historic, bucolic, recreational, grape farming and wine-producing region. Seneca Lake and its watershed provide drinking water for over 100,000 residents.  Crestwood Midstream, a Houston based corporation, is expanding a storage and distribution hub for the natural gas industry at Seneca Lake. Incredibly, salt caverns under and adjacent to the fragile Finger Lake are being used as a massive natural gas storage facility. The organization We Are Seneca Lake has organized resistance to this industrial development. in one of NYS critical recreational and wine producing regions. Leaks threaten the clean waters of Seneca Lake. Learn more here.

You may not be aware that our beautiful Allegany State Park is home to a huge natural gas storage facility. The New York State Office of Parks, Recreation, and Historic Places is considering expanding the facility. The 9,000-acre site includes a cavern under the park, and includes infrastructure on the land. At least 50 acres of access roads, wellheads, and other infrastructure are impacting old growth forest and public access to the park, our park.  To learn more and sign a petition against this lease renewal, go here.

One of the significant issues raised in the December Albany gathering is the imminent construction of the Constitution Pipeline. This pipeline, which is slated for full bore construction starting later this spring, will run 121 miles from Schoharie County in New York to Susquehanna County in Pennsylvania. This will be part of a vast network of extant and proposed pipelines that will connect hubs throughout the region including New England, much of the east coast, and beyond.  Natural gas industry has argued that this pipeline will help to keep natural gas prices in New York, low, which will in turn, help to keep New York “competitive”. This pipeline, like the Keystone XL pipeline in the west, will help to insure that natural gas and the industry that profits from it will have a more viable economic future. That future is dumped on the back of New Yorkers and the fragile environment that is being destroyed by the industry and the costly infrastructure. The Constitution Pipeline, is New York State’s KXL pipeline.

Environmental and legal activists argue that the economic impact arguments produced by industry are misleading and false. They do not take into consideration the economic impacts of habitat destruction and the contribution that methane makes to climate change issues. And then there are the direct impacts on habitat that will be dropped on the communities which this pipeline will land on. Even the most superficial analysis of the Constitution Pipeline construction shows that forests, streams, soils, and watersheds will be inalterably consumed. Hundreds of thousands of mature trees will be cut, critical forests fragmented, trout streams and habitat destroyed, soils will be compacted and eroded, noise disruptions and storm water runoff are just the tip of the iceberg. The pipeline route will go through 36 miles of interior forest (29% of the entire route), pass through 277 bodies of water inducing 10.7 miles of wetland, and will cross through at least 500 acres of “statewide important” wetland.

Add to all of this that this infrastructure helps to set up a future of potential fracking in New York State, when the markets get better, and we have the makings of a really dangerous and taxpayer supported project sponsored by an industry that cares about profit way more then they care about the future and quality of life of our children and beyond.

An emerging organization Stop the Pipeline is leading efforts to ask Governor Cuomo and the DEC to deny permits for the Constitution Pipeline.  Among other things that they want us to consider is to urge the Governor to remember what he said in his 2013 State of The State Address. When he was talking about NYS’s “urgent” response to climate change he stated “There is a 100-year flood every two years now”.   Stop the Pipeline wants you and the Governor to know that the Constitution Pipeline would destroy approximately 1,000 acres of protective forest cover in a region of New York State that has experienced three 100-year floods any many other extreme rainfall events in the past eight years. This will negatively affect stormwater runoff, but promoting erosion and velocity of runoff, which would put lives and properties at risk of thousands of families and businesses in the region. It could cost taxpayers billions of dollars

Depending on your point of view, the economic impacts related to the pipeline and climate change are either catastrophic, because of the unrecoverable burden that they will place on society, or a virtual gold mine of economic opportunity. The latter is especially true if you believe in or have investments in strategies that sustain the future of economic development as a growth industry of disaster capitalism as a response to environmental catastrophe.  Many industrial and economic lobbies are counting on this. They are also counting on you to not care, and to do nothing.