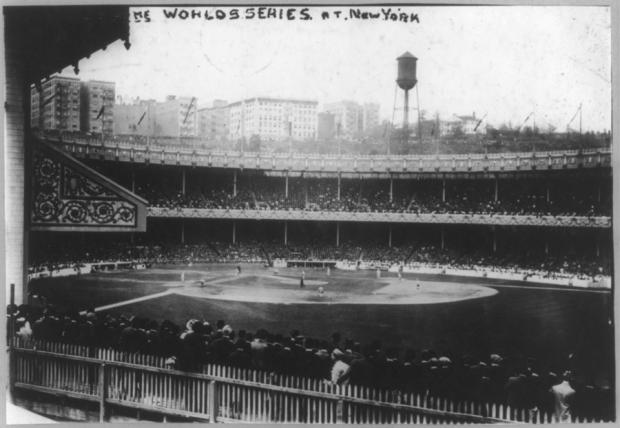 It was the Boston Red Sox over the Washington Nationals last night in pertinent interleague action from Fenway. A mysterious fugue suddenly gripped the Nats in the 7th as the club committed 3 errors and hit two batters in handing Boston the 8-7 win. Washington dropped to 2-6 and are batting .197 for the season. Of the implosion, Nats manager Matt Williams (STEROIDS) noted, “It’s the same recipe. If you put all the ingredients together the same way every time, then you’re going to get the same…[we] didn’t make the plays. So that’s the same recipe.”

Nobody was quite sure what Williams was talking about but everyone nodded mindlessly.
And it was the Tigers blanking the Pirates yesterday in action from a Stadium Named After a Bank Near Some Bridges in Pittsburgh. Newcomer Shane Greene was terrific for Detroit, going 8 innings and allowing only 3 hits before being mysteriously lifted by feckless skipper Brad Ausmus after throwing only 81 pitches. A.J. Burnett was the tough-luck loser for Pittsburgh, fanning 8 over 6 innings plus. 7 different Tigers had safeties.
The Orioles edged the Yankees last night by a tally of 4-3. Miguel Gonzalez was masterful for the O’s, going 7 strong innings and picking up a career high 10 strikeouts. CC. Sabathia (weight: 285 pounds, 2015 salary: $23 million) dropped to 0-2, made an error, and appeared utterly powerless to field any ball hit slightly to his right or left. Adam Jones homered for Baltimore. A-Rod grounded out to end the game.
And in the battle of teams with rhyming nicknames, it was the Rays over the Jays last night in action from a hideous stadium named after a diversified public communications and media company. Steven Sousa, Jr. homered for the Rays and had 3 hits. 9 pitchers were used in the contest. There was no wind.
It was the White Sox over the Indians 4-1 in action from a Park Named After a Concern Which Offers Insurance. Tribe starter Hector Carrasco was hit by a line drive in the first inning and suffered a jaw contusion and it was all downhill from there as the Pale Hose utilized a Jose Abreu homer and a fine effort from starter Jose Quintana to pick up their 4th win. Closer David Robertson picked up the save and there were also two exciting “holds” in the game.
WRAP-UP POLL

What’s the most exciting “hold” you’ve ever seen?

And it was the Marlins beating the Christ out of the Braves last night by a score of 8-2. Giancarlo Stanton went 3 for 3 with 4 RBI and Tom Koehler worked an exhausting 5.1 innings to pick up his first win of the season. The lineup of America’s Team last night featured Eric Young, Jr., Kelly Johnson, Alberto Callaspo and A.J. Pierzynski. ”We’re a team or an offense that if we get too far behind, it’s going to be hard for us to put numbers up,” noted America’s Team Manager Fredi Gonzalez. Could be a long year for you, Fredi.
And it was the Mets over the hapless Phillies 6-5 in action last night from a Stadium Named After a Financial Institution. Matt Harvey picked up his 2nd win of the year, going 6 strong innings and fanning 8 (fanning 8 Phillies is the equivalent of fanning 5 normal MLB players, according to statisticians). Chase Utley actually managed to go 3 for 3 with a couple of homers and Lucas Duda doubled twice with 3 RBI for the Mets. Philadelphia came into the game with 2 team homers (none by Ryan Howard) and a .216 batting average.
And it was the Reds 3-2 over the Cubs in action from Wrigley last night. Anthony DeSclafani of Freehold, Jersey, was excellent for Cincinnati, going 7 scoreless innings to pick up his first win of the year. Jake Arrieta was the tough luck loser for Chicago. Billy Hamilton picked up another stolen base (his 8th) for Cincy.
And it was the Rangers jumping all over some guy named Rucinski and rolling to an 8-2 win over the Angels in exciting action from A Stadium that has Way Too Much Going On and that is Named After Another Outfit Plugging Insurance. Elvis Andrus and Robinson Chirinos homered for Texas and Nick Martinez was sharp for the home team, going 7 strong innings.
And it was the Athletics over the Houston Synthetic Lawns last night in by a tally of 2-0 in action from a Stadium Named After a Lemonade Concern. Five different Athletic hurlers combined for the whitewash. Brad Peacock took the loss for the Lawns.
And it was the formerly brown and yellow team over the Red Team by a score of 5-1 in action from a stadium named after a retailer whose website notes that they offer items for pet turtles to hide in. Justin Upton hit a long homer and Matt Kemp had 2 hits and a triple as the formerly brown and yellow team improved to 5-4.  Somebody called Odrisamer Despaigne (winner of the Fick’s “Name Sounds Like a Pharmaceutical” Contest) went 7 strong innings to pick up the victory.
And it was the Natural Elevations over the Giants 4-1 in action from either AT&T Park or Pizza Hut Field (unclear at press time which corporation name was being used last night). Nolan Arenado made a spectacular catch on a foul pop and 11 pitchers were used in the arduous contest with took over 3 hours to complete. The attendance was announced as 41,000 but by the end of the game, there was just one guy in the stands.  ”I stay to the finish,” said the dedicated fan.  ”Gosh, I love baseball.  Look at the grass out there,” said the man, who refused to be identified and is said to live alone.
Howie Kendrick had a walk-off single for the Dodgers in a 9-inning game that took 3 hours and 40 minutes to complete in L.A. 10 different pitchers were utilized by LA and Seattle. And, as always, the Dodgers can go to hell. For that matter, Mariners too.