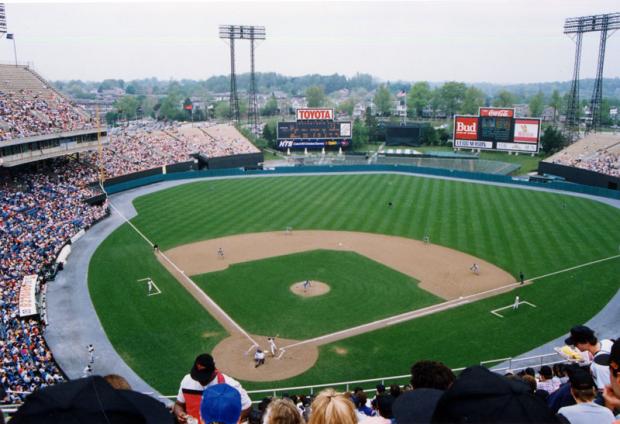 It was the Tigers beating the piss out of the Twins last night in exciting action from a stadium named after a financial services company in Detroit. Lead-off man Anthony Gose notched three safeties and drove in three and Ian Kinsler added two hits and 4 RBI to back Anibal Sanchez who went 6.2 scoreless innings before yielding to a mysterious 240-pound Venezuelan reliever named “Nesbitt.” Ah, the Detroit bullpen.