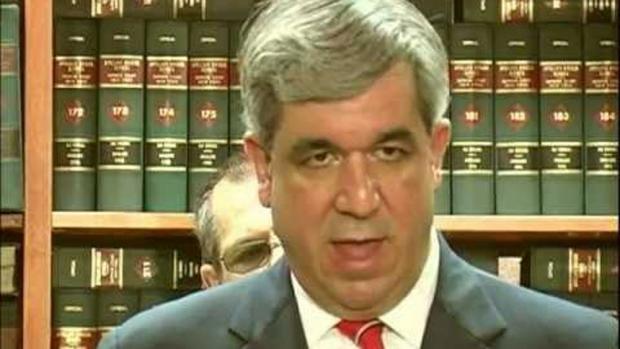 If you’re in the market for a practicum on the art of gossip, spend a Monday morning in downtown Buffalo’s courthouses, among the prosecutors and defense attorneys, whose professional obligation to accuracy and confidentiality is belied by what seems a vocational predilection for telling tales out of school.

Take as an example this story going around about Erie County District Attorney Frank A. Sedita III. It is the worst-kept secret in Erie County politics that Sedita would like to be a New York State Supreme Court judge, like his father before him; he’s been raising money for this putative future campaign, and his top lieutenants in the DA’s office are making career plans.

According to the wags, Sedita’s bid for a cross-endorsement by Democrats and Republicans has become fouled on his desire to control who succeeds him as DA. He favors Michael Flaherty, his first deputy district attorney. Some Democratic leaders, however, think Flaherty is not the strongest candidate to run against a strong GOP opponent, especially as Republicans have performed so well in countywide races lately. And, the rumormongers say, party leaders resent Sedita demanding a voice in the decision. Isn’t the judgeship enough? Especially for a guy whose political allies include the reviled Steve Pigeon, who has waged hapless but nonetheless damaging war on the current Democratic Party leadership for the last several years. The Pigeon connection is also proving difficult for another of Sedita’s lieutenants, assistant district attorney James Bargnesi, who is looking for a judgeship, too.

Sedita, the story goes, needs to back off on Flaherty and show some humility if he wants his party’s blessing to become a judge.

Our sources in the courts and in Democratic Party leadership have heard this story in various iterations. There’s some truth to it, they tell us, and some exaggeration. Sedita’s intention to become a judge may be an open secret but he hasn’t declared yet. His fealty to Pigeon should not be overestimated, they tell us. Lawyers like to talk. Defense attorneys particularly like to talk about Sedita and his policies, which many say lead to inflation of the DA’s apparent success rate while making their jobs difficult and having little effect on serious crime. Too, there is grumbling within Sedita’s own office over the succession plan, should he become a judge.

“Gossip,” said Walter Winchell, that despicable old Red-baiter, “is the art of saying nothing in a way that leaves practically nothing unsaid.”

Speaking of Pigeon, we note that a recent column by Buffalo News political reporter Bob McCarthy moved the paper’s editorial board to weigh in on the state’s “corrupt arrangement for selecting judges,” a system that “demands change,” according to the editorial board. No argument here. We were surprised, however, that the editorial board described their exemplar of the problem, Amherst attorney Dennis Ward—formerly a commissioner on the Erie County Board of Elections, elected to the state Supreme Court last fall—as “a local Democratic Party hack.” Ward is a hack, would even tell you so himself, but if funneling money to political parties in exchange for their endorsement makes a politician a hack, then who isn’t one? Does the News call Governor Andrew Cuomo a hack? Erie County Clerk Chris Jacobs? Buffalo Mayor Byron Brown? State Senator Tim Kennedy? Congressman Brian Higgins? How about every judge from the revered Gene Fahey, who just graduated to the Court of Appeals, to Joe Makowski, who resigned his judgeship in disgrace. Why does Ward earn such sneering opprobrium?

Erie Community College is desperate financial straits, according to an email its president, Jack Quinn, sent to faculty and staff on March 20. In the email, Quinn said that ECC faces a $1.2 million deficit in the current year and a $7.8 million deficit next year, which will require the school to dip into its fund balance substantially. At the same time, Quinn wrote, enrollment is dropping. “[W]e might conceivably find ourselves with a fund balance at the end of 2015-2016 that would be below the minimum level recommended by Middle States accreditors. This could potentially jeopardize ECC’s accreditation.”

Quinn goes on the describe cost-cutting measures his administration intends to pursue: restrictions on new hiring; reductions in allowances for overtime and travel (out of town and even between campuses); cuts in allowances for office supplies, furniture, lunches; and a freeze on “internal construction projects.” This last does not include the construction of a controversial new $30 million facility on ECC’s North Campus, planning for which continues apace.

Also entering an austerity period is the Buffalo Municipal Housing Authority. Our sources there tell us the administration has ordered what amounts to a purchasing moratorium. Joe Mascia, an elected resident commissioner for the BMHA, has been sounding the alarm in recent months about the authority’s finances, saying its fund balance has fallen below the levels recommended by the US Department of Housing and Urban Development, BMHA’s chief revenue source.

Mascia, who has an antagonistic relationship with those of his fellow commissioners appointed by Mayor Byron Brown, nonetheless tried recently to reach out to the mayor on the subject of BMHA’s problems: “Still need to meet with you,” Mascia wrote to Brown last week. “Things are starting to unravel.”

In response, the mayor has empaneled a blue-ribbon commission endowed with subpoena powers to investigate fraud and abuse at BMHA and to consider radical changes in its administration and governance. BMHA chairman Mike Seaman and executive director Dawn Sanders-Garrett have been “temporarily suspended,” according to mayoral spokesman Mike DeGeorge, who answered this reporter’s call on the first ring. We’re told Mascia spent seven straight hours giving testimony on Monday to the panel’s attorneys.