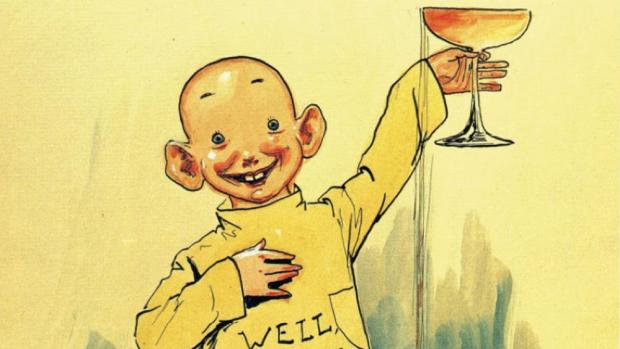 “There are few things more dangerous than propaganda disguised as journalism,” reads one conclusion from a study by SUNY Buffalo State professor Dr. Andrea B. Nikischer, who has delved into the past year of reporting on education by the Buffalo News.

If we extrapolated her findings—and borrow the phrase quoted above—we could conclude that there are in fact few things more dangerous than the News’s education reporting.

“Propaganda and Policy: An Investigation into Alleged Anti-Teacher’s Union and Pro-Charter School Bias in the Buffalo News” is the title of Dr. Nikischer’s report, which takes a deep look into the reporting done by the News with regard to charter schools and Buffalo Public Schools.

The study demonstrates that two distinct stories are being told: The first gives readers an uncritical look at charter schools, promoting them as the answer to the perceived failure of the city’s so-called failing public schools, while the second gives an overwhelmingly negative portrayal of Buffalo Public Schools, along with their teachers and union.

“As Buffalo has only one traditional newspaper, and virtually no other mainstream media sources in the county provide detailed coverage of the Buffalo Public Schools or school reform, the power of articles published on these issues is immense,” notes Dr. Nikischer, an assistant professor at Buff State’s Adult Education Department.

Public school supporters have been critical of the News’s coverage, which has, they believe, unfairly and loudly echoed the agenda of Governor Andrew Cuomo, the Buffalo Board of Education majority, and the nationwide school privatization and high-stake testing movements. Now, for the first time, they can point to a qualitative study to back these claims.

To undertake the study, Dr. Nikischer evaluated News articles published from October 1, 2013 to November 30, 2014. All articles—190 in total—were culled from the paper’s regularly published articles, SchoolZone blog posts, and opinion pieces. Each article was coded in three respects: 1) for content and tone (What is the article about? What is the tone—positive, negative or neutral?); 2) for general themes; and 3) whether to include the article in the study or not. The idea is to compare large sets of data and draw general conclusions based on the tone and content of the articles. Disqualified articles were those outside of the researchers’ ken and which had no relevance to the themes undertaken.

Nikischer and her graduate assistant Vanessa Ludwig undertook the coding process separately in order to prevent bias contamination, finishing with a 99 percent inter-rater reliability—a measure which indicates the degree of agreement between independent coders. The articles that made it through the initial coding process were then moved  to the content analysis portion of the study, in which the researchers identified positive signifiers (e.g. words such as good, effective, valuable, cost-saving, affordable, innovative, hard-working, etc.), and negative signifiers (e.g. expensive, ineffective, old, stubborn, broken, etc.). Tracking such signifiers while pairing them with previously identified themes allowed the researchers to judge with a reliable degree of objectivity what messages are being conveyed in the News’s daily reporting.

The report found that the News is telling a one-sided story—a story that promotes the agenda of high-stakes testing and privatization advocates, and one that minimizes the achievements of Buffalo Public Schools, along with their administrators and teachers.

“These topics receive very little independent coverage; when included in other stories the tone is ‘neutral’ or ‘negative,’” writes Nikischer.

“In summary, all things in support of corporate school reform receive positive and/or neutral coverage-and lots of it,” Nikischer found.

In point of fact, the study’s “tone quotient analysis” found that of 30 articles published on charter schools, 24 had a positive tone, while two had a negative tone and four had a neutral tone. Twelve of the articles—including two front-page Sunday morning spreads—were rated “positive-bias” in favor of charters, while 18 were rated “neutral.”

Most disturbingly, the News never cites academic research to back any of their claims. For instance, Cuomo’s proposed teacher evaluation plan [the Annual Professional Performance Review, or APPR] got a ringing endorsement the day after he unveiled it in his budget address. Yet the very same program was later slammed by nearly every group of education stakeholders who presented budget proposals to the New York State Assembly. The News blindly followed Cuomo’s lead, ignoring the opinions of experts.

Consider, too, the News’s position on Robert Bennett, former Board of Regents member, whose retention was the subject of a full-court press from the News’s editorial board during the months of February and March.

“Regent Bennett’s hard work on education issues should be rewarded with another term,” read the title of the February 2 entry into the opinion pages. That was followed on February 20 by “Western New York legislators should unanimously back Bennett for a new term on the Board of Regents.” One week later, the News published a letter the title of which was “Bennett’s experience beneficial to students,” and still another letter a week after that titled “Let Bennett continue great work as Regent.” Five days later, after Bennett had withdrawn his name for consideration, the News wrote, “Ousting of reformer from Regents is a triumph of politics over education.”

The narrative generated by the News painted Bennett as a non-controversial, logical choice. Yet, during this same time period, the News missed a big story which gave a look into Bennett’s role on the Board of Regents. As reported by Geoff Decker at Chalkbeat in February—the same month the News was busy with its Bennett hagiography—Bennett asked his fellow Regents “to overturn short-term renewals the State Education Department had recommended for three Buffalo charter schools.”

The New York State Education Department had recommended that renewals should not have been granted for the full five-year period because of underwhelming performance at each of the three schools: Buffalo Academy of Science Charter School, West Buffalo Charter School, and Western New York Maritime Charter School.

“Bennett said he vouched for the schools, which deserved full, five-year renewals, and the board went along with his request—an unusual move that the Senior Deputy Commissioner Ken Wagner and some Regents advised against,” wrote Decker.

In other words, reform and accountability are words that apply to Buffalo Public Schools but not Buffalo’s charter sector. The reason the News was so up in arms regarding Bennett’s departure from the Board of Regents is because they know he had the will and authority to push the agenda it supports even when it means undermining state education standards. The News painted Bennett as bold reformer, but it’s a half story—one that, as Dr. Nikischer’s research points out, the News has gotten accustomed to telling.

The bias is at full pitch on the paper’s editorial page: Each one of 51 opinion articles produced by the editorial board confirmed the themes identified by the tone and content analysis.

The Buffalo News believes that it has the answers and seeks to advocate, not report, she concludes: “…its reporters have positioned themselves as education experts, rather than education reporters.”

Furthermore, the News has neglected to learn what’s happening in the broader educational establishment. Dr. Nikischer found that the paper never, in any of the articles surveyed, used academic research to back its claims. They have shut out competing voices in the community—as well as competing voices in New York State and national press—and gone their own way.

“As the opinion articles are very strongly written, I reviewed the Society of Professional Journalists Code of Ethics. After review, I determined that [the News] is walking a line of ethical appropriateness,” she concludes.

Here one must anticipate an argument—that the News’s coverage of charter schools is more positive because charter schools are simply better than public schools. An obvious objection presents itself in the behavior of Bennett, who insisted on full renewals for three underperforming Buffalo charters, while the News reeled off editorial after editorial in his favor. A much simpler objection is that the job of a newspaper is not to advocate on behalf of the powerful but to question their motives in the service of the dispossessed.

“A city with one newspaper…is like a man with one eye,” wrote the great press critic A. J. Liebling, “and often the eye is glass.”