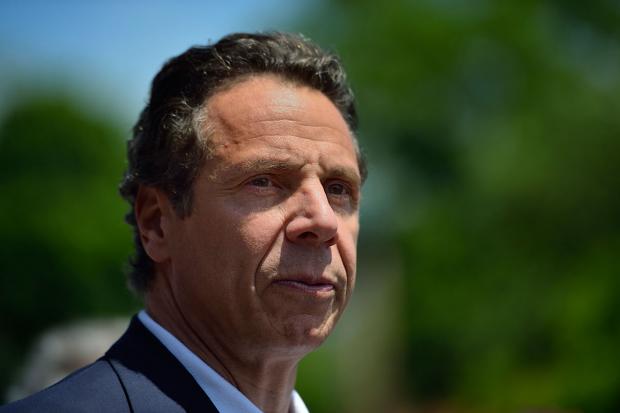 SUNSHINE SUPERMAN: The comedian Steve Martin used to tell a joke: “A day without sunshine is like, you know, night.” This week, good government types celebrate the nation’s freedom of information and open government laws. So why doesn’t this week seem any brighter than those 51 weeks in which we resign ourselves to darkness?

In Albany this week, Governor Andrew Cuomo sent two letters to New York State Senate Democratic Minority Leader Andrea Stewart-Cousins asking that her conference lead the way in open government reform by voluntarily subjecting themselves to the state’s Freedom of Information Law, or FOIL. Specifically, he asked that legislators make their email public. Currently they don’t have to; they are immune from the law that governs other state agencies’ retention and sharing of email.

Perhaps, with furrowed brow, you’re thinking: Cuomo = transparency? The man who shut down his own Moreland Commission to investigate public corruption in exchange for last year’s budget bill? Which same Moreland Commission complained in 2013 of their own emails being auto-deleted after a period of time, under orders of the Cuomo administration?

In fact, the Cuomo administration recently adopted a policy of purging all “non-essential” email after just 90 days. Good government advocates protested. Looking to distance himself from those protests, New York State Attorney General Eric Schneiderman said he would reconsider his office’s 90-day retention policy, which has been in place since 2007. Displeased with the negative response, Schneiderman’s one-upsmanship, and the state legislature’s obvious hypocrisy, the Cuomo administration adopted an “I’ll show mine if you show yours” position. Some Democratic legislators—led by Senator Liz Krueger and Assemblyman Danny O’Donnell—support a statewide email retention standard in line with the federal government’s seven-year rule, as well as subjecting the legislature to FOIL. But that measure is unlikely to pass both houses. So Cuomo decided to call out Senate Democrats.

Cuomo called subjecting the legislature to FOIL a “threshold issue,” without which consideration of broad ethics reforms could not progress.

THE SCHNEIDERMAN WAY: Here’s a quote on ethics reform from Schneiderman that might seem refreshing if it were not also potentially self-condemning, delivered as it was at a press conference held in the wake of a scandal:

Schneiderman, while offering support to Cuomo’s latest pledge to exact meaningful ethic reform from the legislature, made some proposals of his own. Among them:

MEANWHILE, AT THE COMMON COUNCIL: On Monday, Sam Herbert—most often described as “a community activist,” that catchall phrase for the gadflies and do-gooders who religiously participate in meetings and rallies—became the first candidate to declare himself running for Buffalo’s Common Council this fall. He’ll challenge incumbent Dave Franczyk, a former council president who first took the seat representing the Fillmore District in 1986. Herbert has run for the seat twice before and lost.

All nine incumbents are up for reelection this year but most will face little in the way of opposition. The North District’s Joe Golombek is well ensconced, as are University’s Rasheed Wyatt and Masten’s Demone Smith. Council President Darius Pridgen, who represents the Ellicott District, is untouchable. Lovejoy’s Rich Fontana may be vulnerable to a challenge but none has surfaced yet. The same is true of South’s Chris Scanlon. There is some talk of a challenge to Niagara’s David Rivera; preservationist Bernice Radle was at one time contemplating a run.

Buffalo Board of Education member Jay McCarthy has made no secret of his wish to run against incumbent Mike LoCurto for the Delaware District seat. Though he is the second-youngest councilman, after Scanlon, LoCurto has long standing health problems; each time he comes up for reelection, this gives rise to speculation that he will not run again. He always does. McCarthy’s current elected position may be a hindrance in his pursuit of the one he covets: McCarthy has been a reliable member of the board’s majority, which is perceived by many public school teachers as hostile toward teachers and their union. Buffalo public school teachers, and their union, are active in Democratic primaries. Lots of teachers live in the Delaware District. Too, McCarthy’s allies on the board majority—Carl Paladino, Larry Quinn, Jim Sampson, Patti Pierce—may not be eager to see him leave his seat.