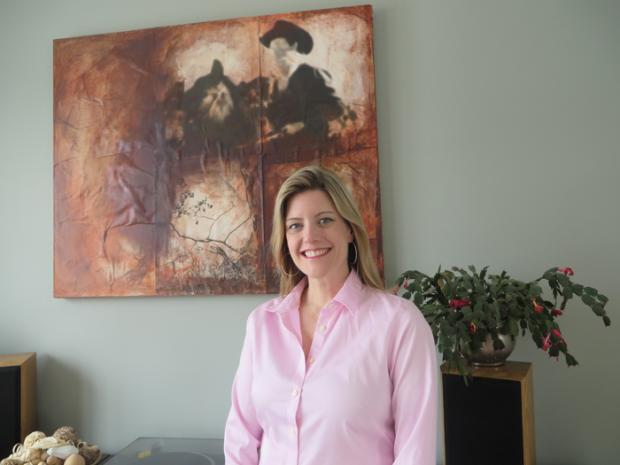 Shirley Tokash Verrico is a parent and public education activist who is on the steering committee of Western New Yorkers for Public Education. She is the curator at Buffalo Arts Studio and an Adjunct Instructor of Humanities at Medaille Colleges School of Adult and Graduate Education.

​We spoke with her in order for perspective on the distortions which have surrounded the implementation and administration of the Common Core assessments. ​

Are the parents you’ve met with/spoken with fundamentally opposed to CC or simply with its implementation?

Some parents see the Common Core as federal overreach, but most of the parents I speak with are frustrated with the real flaws within the standards themselves and the supporting curriculum materials. The Common Core is presented as a general set of standards designed to improve American education created by educators and gladly approved by states. Throughout my own research, I have found many education experts and investigative journalists that have come forward to call into question these basic claims. Education experts Marion Brady and John T. Spencer argue that creation of the standards was not the collaborative project its promoters claim it to be. There was not a single K-3 classroom teacher or early-childhood professional on the creation committee. In fact, a group of nearly 500 early-childhood health and education experts came together during the curriculum-drafting process to express their “grave concerns” about the impact of these standards on our youngest students and to “call on the National Governors Association and the Council of Chief State School Officers to suspend their current drafting of standards for children in kindergarten through grade three.” Their call was ignored. (www.allianceforchildhood.org.)

Criticism is not limited to the elementary standards and curriculum. Two of the only content specialists on the design panel, Dr. R. James Milgram, professor emeritus of mathematics at Stanford University, and Dr. Sandra Stotsky, University of Arkansas professor of English, refused to sign off on the standards because they did not reflect international expectations for their respective fields. The standards were approved anyway.

Like many parents, I have seen the many flaws in the Common Core materials first hand. Last year my son was taking 3rd grade math—the grade when testing begins. The words “Common Core” appeared on each worksheet four times, along with the engageNY logo and the copyright. These worksheets are aligned with Common Core Standards and a part of the Common Core Curriculum. They were also full of mistakes. I cannot overlook the many problems with the Common Core. I believe the problems cannot be repaired through minor adjustments. The standards and the tests must be de-coupled. There must be flexibility in the curriculum to allow students to meet and exceed standards in individualized ways. I am not critical of the tests or the standards because they are “too hard.” I am critical because the go against all of the science of education and what we know to be in the best interest of children.

I’ve heard it said that, in fact, the implementation of Common Core was rushed purposely—that NYS wanted to produce low test results. Any truth to this claim?

There is no question that New York rushed to be ahead of other states in the implementation. There is plenty of evidence for that. As far as the claim that “NYSED wanted to produce low scores,” one need only look at the cut-score mechanism to see how the scores were manipulated produce a high percentage of “deficient” scores. Students who answered 69-77% of the questions on the 2014 ELA exams correctly earned a “2” and were “deficient.” NYSED claims cut scores are based on College and Career readiness, but it sounds like voodoo math to me. This is a quote from the NYSED documents:

The analyses used the following combinations of probability and course grade to determine college readiness. These criteria, established using college performance of a nationally representative sample of four‐year college students, reflect current expectations for college readiness benchmarks for NYS students. The probabilities and expected grades differ in ELA and Math because, generally speaking, it is much easier to obtain a higher grade in first‐year credit‐bearing ELA courses than in first‐year credit‐bearing math courses.

So we are failing 8-year-olds based on a College Board study correlating freshmen grades and SAT scores—and the very scientific notion that English is just easier than math. The whole system is purposefully convoluted and absurd. The best way to produce a high failure rate in any school, including college, is to turn all the C’s and D’s into F’s. That is exactly what NYSED did.

There is little evidence that raising standards raises outcomes. Personally, I have no problem with the idea of standards, but they must be sound. As I noted in first question, there are many experts that say the Common Core standards are not sound. I also believe in differentiation. Having all teachers teach the same thing doesn’t ensure that all students learn the same thing. So much of this debate ignores the student side of this formula. Kids learn differently. Kids develop differently. To assume one path that moves at one pace leaves a whole lot of kids out.

Is it a worthy goal to have kids in California learning the same things as kids in Alabama?

I think that is a simplistic question. The Common Core Standards are not general—the idea that Common Core is just saying that all kids should know how to multiply two digit numbers by the end of third grade, is incorrect. They are specific and often confusing. They are also assessed in very specific ways.

In January, roughly 20 major civil rights groups signed a letter calling for Washington lawmakers to uphold the testing mandate in grades 3-8. Does Common Core offer hope for the underprivileged?

I don’t see how. The testing system that originated with No Child Left Behind and continued with Race to the Top has not improved education. Since 2000, PISA scores have remained flat. A May 26, 2011, National Research Council report found no evidence test-based incentive programs are working: “Despite using them for several decades, policymakers and educators do not yet know how to use test-based incentives to consistently generate positive effects on achievement and to improve education.” During this same period, annual state spending on standardized testing has risen over 300% from $423 million in 2002 to $1.7 billion in 2012.

As noted above, standardized test cut scores in New York are based on SAT scores—the SAT has been shown to correlate directly to family income. How does this benefit underprivileged students? How does moving billions of dollars into the private testing industry benefit public education?

Lastly, standardized tests are not based on general knowledge, they are based on specific knowledge contained in specific sets of books: the textbooks created by the test makers. Districts like Buffalo can’t go out and purchase shiny, new Pearson textbooks to prepare for the Pearson tests. Why continue with the flawed and expensive system?

Given the political diversity within the opt-out movement, do you see it generating a viable alternative to Common Core?

I do. People who come from the left and the right are united against this education “deform.” Before Common Core, New York State was creating standards similar to those adopted by Massachusetts and considered by many educators to be the gold standard. Parents and educators are demanding a better process and a better product. Common Core is flawed and inflexible. There have always been curriculums, there have always been standards. Parents and teachers want standards that allow for more flexibility in the classroom so teachers can meet every student’s needs.

What are some non-standardized test alternatives to measuring learning?

Standardized testing data is useful for norm-referenced comparisons. They don’t have to be given to everyone and they don’t have to happen every year. They don’t tell us much about individual students. The best predictor of college success is high school GPA. Teacher assessment is still the best measure of learning because it is ongoing and accurate. It is prescriptive and diagnostic. It’s the best way to measure learning.

Governor Cuomo wants to tighten the link between teacher tenure and test results. He says that it’s impossible to have 99% of instructors marked effective, while math and English proficiency rates remain in the basement. Is there any merit to this claim?

I think the system NYSED and Cuomo have constructed does nothing to identify ineffective teachers. The American Statistical Association has been very critical of the Governor’s model. “Most VAM studies find that teachers account for about 1% to 14% of the variability in test scores, and that the majority of opportunities for quality improvement are found in the system-level conditions.” So we have a faulty VAM model based on faulty test scores. It uses ELA and math scores to evaluate art and PE teachers. It makes no accommodations for teachers working with disadvantaged students. How does this benefit anyone? I would like to see evaluations that assess real indicators of efficacy based on research.

Shane Meyer reports on education. He can be reached at here.