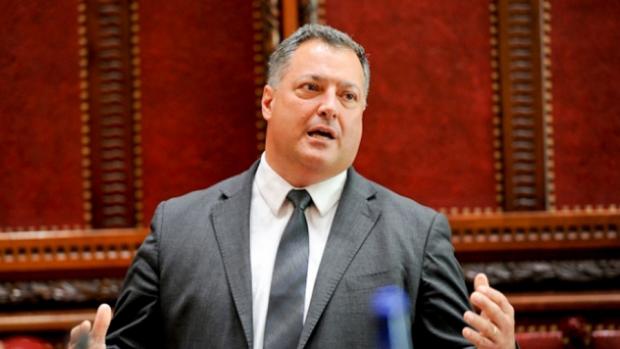 Panepinto office blows up: Danny Corum, who has been chief of staff to New York State Senator Marc Panepinto since Panepinto took office in 2015, has been placed on administrative leave, according to sources in state Democratic Party leadership in Albany. His departure was verified by a Panepinto staff member, who identified his successor as Chris Savage. Further, Panepinto announced he will not seek re-election this fall.

Panepinto’s communications director, Meghan Rossman, did not respond Tuesday morning to phone calls or to an email asking for details on Corum’s situation. But that afternoon Rossman issued a press advisory stating that Panepinto would make a statement regarding the 2016 election at 5pm—too late for this paper’s print deadline, but all indications were yet another Albany sexual harrassment scandal: A source tells us that the Senate’s ethics committee is concerned with allegations of repeated sexual harrassment of a young staffer that went unaddressed. In a subsequent phone call, Rossman said she could not comment on Corum’s departure, or on the subject of the press conference, or, for that matter, on anything.

Panepinto won his seat by a narrow margin in 2014 in a four-way race. This year his potential challengers include Republican Kevin Stocker, who had the Republican line in 2014 and is seeking it again this year; Democrat Amber Small, a North Buffalo community activist who has been linked to the Independent Democratic Caucus chairman, state Senator Jeff Klein; and Erie County Clerk Chris Jacobs, who state GOP leaders regard as the party’s best chance to take the seat and retain majority control of the Senate, but who we are told is gun-shy of a potentially bruising general election campaign for a seat that doesn’t match his ambitions.

Oh, and throw in Al Coppola, too: A short-term occupant of the 60th District seat, Coppola has supporters among Democrats and Republicans alike. Not enough to win the seat perhaps, but enough to alter the dynamics of the election. —GEOFF KELLY

Those tax liens attach to Pigeon’s assets, and last year he tried to liquidate at least one of them: a waterfront condominium at 704 Admirals Walk. But the prospective purchaser of that property, Brian M. Caputi of East Aurora, is now suing Pigeon, alleging that Pigeon failed to provide “satisfactory deed and title” in exchange for the check Caputi cut for $362,546.66. This check was delivered to Pigeon’s attorneys on January 15, 2016, after the closing date had been postponed four times. Caputi is suing Pigeon, asking Pigeon to complete the contract and/or pay damages.

Why has Pigeon failed to complete the contract? The most likely case, we are told, is that Pigeon hoped to realize some cash from the sale while discharging some or al of the federal tax liens against his property. Perhaps he failed to make a deal with the IRS that satisfied him—that is, gave home so walk-away cash while also satisfying the liens—and so decided to drop the sale.

Here’s a bizarre curiosity, for followers of local politics: The process server (from the Erie County Sheriff’s Office, which makes bank serving legal notices) delivered notice of the lawsuit to Pigeon’s condominium at 1003 Admirals Walk. Which is perhaps where he lives, though it in fact owned by Tanning Bed founder Dan Humiston, who has dabbled as a candidate for political office: He ran an unsuccessful campaign for state Assembly in 2012 to which Pigeon donated.

Pigeon apparently lives in the 10th-floor property on Buffalo’s waterfront; that’s the place the investigators searched last May. But he has also used the addresses of two seventh-floor condos in the same building. He owned 703 from 1997 until 2009, when he sold it; in 2007 he bought 704.

And, when the sheriff’s process server knocked at 1003, who received the summons on Pigeon’s behalf? Kristy Mazurek, the former local TV political pundit who chaired the Western New York Progressive Caucus, the campaign committee whose activities drew the investigation that led to the raid in May. Isn’t that tidy?