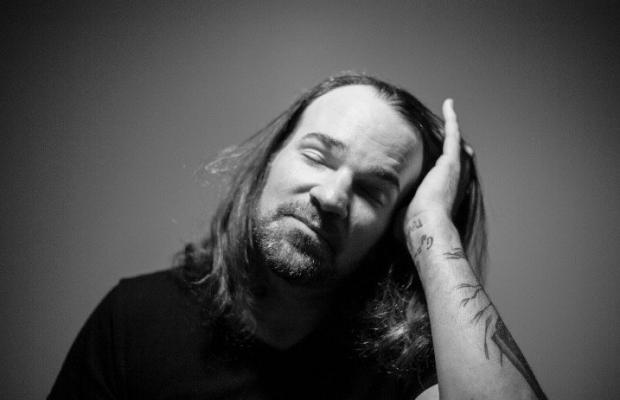 Buffalo: home of the chicken wing, Buffalo Sabres, Buffalo Bills, and newly established home for beanie-clad punk rocker James Dewees, frontman of Reggie and the Full Effect and keyboard player for the Get Up Kids.

Growing up in Liberty, Missouri, Dewees evinced a natural musicianship, with his musical prowess revealing itself at a young age. When Dewees was five years old, his brother, nicknamed Smack, started taking piano lessons. Dewees could play what his brother was practicing just by listening to what Smack was playing, and his mother knew that he had to have lessons too. At the age of seven, Dewees started taking lessons and added drums to the mix. Dewees won a songwriting competition when he was 13, and he studied music at University of Missouri Conservatory. Although all signs pointed to a career in music, Dewees didn’t imagine this career.

In his sophomore year of college, Dewees began to build an impressive punk rock resume. In 1995, Dewees started playing with metalcore band Coalesce, which led to playing keyboards in seminal emo band the Get Up Kids. Dewees proved to be a versatile musician as a three-year touring member of New Found Glory, a seven-year touring member and then later permanent member of My Chemical Romance, and a brief stint with Biffy Clyro. His instrument catalog is as diverse as the list of bands with which he’s believed; he has been a vocalist, pianist, guitarist, percussionist, drummer, and keyboardist.

Though the years of touring with different bands, Dewees wrote his own songs, which manifested in the seven-album solo side project, Reggie and the Full Effect. Reggie comprises Dewees and his band playing alter egos, including Fluxuation and Common Denominator. With an eccentric and eclectic blend of songs—“Dwarf Invasion” and “Super Croc vs Mega Doosh”—at a headlining Reggie show, one might see the band wearing lederhosen or even plastic and fake blood.

Through a few chance relationships he built as Reggie, the Buffalo seed was planted. A pop punk band of local prominence, Pentimento, was the opening act on the Reggie and the Full Effect tour in 2015, and because of the fast friendship that resulted, Dewees decided to bring them on full time as the Full Effect. For Dewees, who was living in Long Island at the time, it made sense to move to Buffalo to continue to practice, learn, and tour with new bandmates.

Dewees’s move to Buffalo came at a somber point in his life, as reflected in Reggie and the Full Effect’s new album, titled 41, which was released February 23. 41 came in the wake of the death of his mother and his mother-in-law, who both faced the tumultuous effects of cancer. The album is a compiltation of introspective thoughts from different points of view—Dewees, his father, and his mother—all coping with heartbreak. It also reflects his mother’s final moments in his parents’ house.

“In life there are a lot of things you don’t want to do that you have to do,” said Dewees. “There are a lot of decisions that have to be made that suck, and that’s part of it, and that’s the horribly wonderful thing about being on earth and being a human being, and these are the experiences that make life what it is.”

Dewees knows that cancer is not something that is put to the rest, and realizes many others go through the same grieving process.

“I know that things will be okay,” said Dewees. “Nothing will ever be the same, things will change, but you will learn how to deal with it, and you will feel some kind of happiness again.”

Moving to Buffalo has many positive aspects and put Dewees on optimistic footing. The last song off of 41, “Off Delaware” specifically shows the positivity and hope that his new surroundings bring him. The new friends and relationships he’s built, the pleasures of snow, and playing with Soul Patch, the 1990s cover band which features his friends Keith Buckley and Steve Micciche from Every Time I Die, are only some of many of the reasons he is excited about his new home.

Dewees, with his kind-hearted and passionate demeanor, is also inspired by people who help others, as well as by his fellow musicians in the industry. “People that do kind acts, that’s inspiring, anyone that wants to help,” said Dewees. “No one ever focuses on all the good that’s going on; all we do is pay attention to the bad.”

Dewees strives to be kind, fair, and honest in his personal life, and to extend that effort to the music world as well. Dewees aims to use his veteran musician status to motivate and nurture the newer bands on the scene, knowing that tough times are a part of the growing pains.

“People that want to be musicians will do all of this and put up with everything that’s bad in life just to be at home at night and play their guitar and their piano,” said Dewees. “That is what’s inspiring.”

Reggie and the Full Effect is the direct support band for Senses Fail this Thursday, March 15 at Town Ballroom.