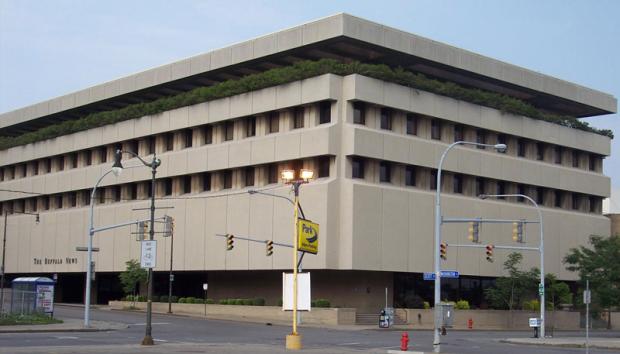 The men and women behind newspaper editorials belong to a particularly craven class of individuals. The moral equivalent of the type who anonymously and abusively rants in web comment threads. Take for example this morning’s editorial from the Buffalo News, whose unnamed authors are distraught that, despite two pleas from the News’s own op-ed page, their guy Robert M. Bennett was dumped from the New York State Board of Regents.

The editors at the News wouldn’t be bothered with searching for reasonable explanations—there are plenty—instead opting to Blame Black People:

“Did Peoples-Stokes and Heastie just torpedo education reform in New York?” the eds sniffed, later asking, “What role, if any, did racial politics play in Bennett’s demise?” The next sentence is a kicker: “School Board member Carl Paladino is sure it did.”

There you have it—the Buffalo News editorial board looks to Paladino for advice on race relations. Given the rate the paper has been turning to him lately, they should streamline the process and set him up with his own column: “Carl’s Corner.”

Best not to get too worked up about this type of thing. Those who follow me on Twitter will aver that I called it on Sunday night:

Anyone know of bookies that take bets on the forthcoming content of newspaper editorials? Hit me in the comment section.