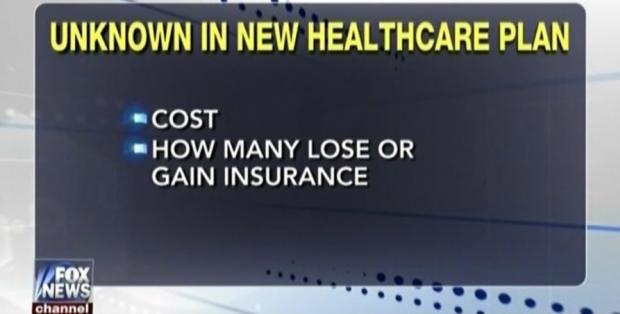 When running for congress in 2012, Representative Chris Collins went on WBFO to claim — falsely — that Obamacare was identical to Canada’s single-payer Medicare system. While an overwhelming 86.2% of Canadians are satisfied with their health insurance system, in the US, it’s about half that.

Obamacare isn’t perfect — no system is nor can be — but it did drop the rate of uninsured Americans from 20% to 9%, and polls now show that, by a wide margin, Americans want Obamacare fixed, rather than repealed. For the first time, a slim majority of Americans now says it wants to keep Obamacare rather than “repeal and replace”.

Collins has been in Congress since 2013, and has a distinguished record of legislation renaming a few post offices. He has voted to repeal or cripple the Affordable Care Act multiple times; indeed, Republicans in Congress have had seven years to offer their own alternative to Obamacare that would lead to universal health insurance coverage using some scheme different from the individual mandate. They certainly voted to repeal Obamacare or its key elements on dozens of occasions during that time,  but never publicly offered a plan of their own, instead repeating pablum about insurance being available across state lines and restricting injured patients’ access to the courts to seek redress.

We finally got a plan this week — a plan drafted in secret, kept in a locked room, and bearing no score or analysis from the Congressional Budget Office.  In normal times, it would be laughed out of Congress; nowadays, it might be the most serious and credible thing in town. The disastrous plan isn’t so much ”repeal and replace” as it is, “placate and worsen” - it placates the people who like that insurers can’t exclude pre-existing conditions and who want to keep their kids on their policies until age 26. But make no mistake — this plan would fix none of the problems that people have with the ACA, namely that it’s too expensive in some cases and that it relies too heavily on high deductible plans that amount to an added tax on already cash-strapped families.

But the tea party wing of the Republican Party is already balking. They demand full repeal of Obamacare, without regard to the fact that such a move would automatically take away insurance held by about 30 million Americans. The tea party, however, is concerned about ideological purity rather than winning elections and majorities, and mainstream Republicans see that they’re between a rock and a hard place wholly of their own construction. They can’t simply repeal the ACA, and any replacement that takes away people’s insurance or makes it more expensive or harder to get sort of defeats the purpose and betrays everything they’ve complained about for the last seven years.

Remember President Trump’s promise: “insurance for everyone” with “much lower deductibles”.

I guess “insurance” may end up being the weasel word here, because you can cobble together any kind of thing sold on late-night TV and call it “insurance”. Senator Schumer said

“After years of howling at the moon about Democrats rushing through the Affordable Care Act — the mantra they said over and over and over again on the floor here and in the House, ‘read the bill’ — Republicans are having committee votes two days after the bill is released,” Senator Chuck Schumer of New York, the Democratic leader, said on the Senate floor. “No wonder they don’t want anyone to know what’s in the bill.”

This isn’t governing. It’s grandstanding, and now without the threat of a Presidential veto, these clowns actually have to follow through.

other than that it seems perfect pic.twitter.com/vFa24j8ed1

Seinfeld and “Repeal and Replace” each ran for 8 years. One was a show about nothing. The other was Seinfeld. https://t.co/ZCrn3073bY

Collins will go along with whatever the White House tells him to do. He will vote to take away people’s health insurance without a second thought.

Where are the grownups?