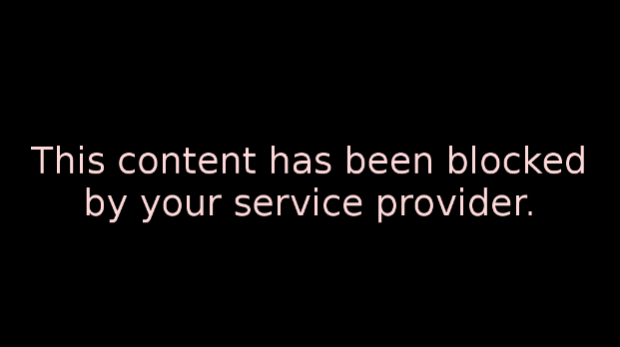 Net neutrality is shorthand for the notion that all web traffic should be treated equally. The reason why net neutrality is important can be boiled down to a simple example.

Without rules enforcing net neutrality, your internet service provider can deliberately slow down certain content while speeding up other content, and hold internet traffic hostage.

This isn’t a hypothetical example — not only is it actually happening, but at least one content provider, (Netflix), has been forced to bribe an internet service provider, (Comcast), to allow its traffic to be delivered to consumers unmolested.

Without net neutrality being somehow codified, ISPs will have the right to hold all sorts of content hostage in this way. Imagine if the company that delivers electricity to your home could extort money from the generating company you chose, or if Verizon could extort more money from the long distance carrier with which you’ve contracted.

That’s why the FCC is moving to reclassify the internet as a public utility. This ISP extortion harms consumers and competition. ISPs must not have the legal right to dictate your content to you, particularly content that you pay for separately.

ISPs are, naturally, going to sue to keep the right to extort money, remain uncompetitive, interfere with contracts that you — as a consumer — have executed, and dictate what you can and can’t watch. Even more predictable is that Republican corporatist anti-consumer shills like Chris Collins (NY-27) have sided with big telecoms over consumers; protecting Goliath from David. Last week, Collins issued a press release,

“Plans to reclassify the Internet under Title II pose a direct threat to Internet freedom,” he said. “The FCC’s actions threaten the innovative culture that makes the Internet one of the world’s greatest technologies. Additionally, these actions will add further uncertainty to the net neutrality debate.

“Here in Congress, under chairmen Thune and Walden, we have proposed draft legislation that would achieve the goal of protecting Internet consumers through the bright-line rules that net neutrality proponents are calling for in a way that limits burdensome regulations from crushing innovation.”

Consumer protection is “burdensome regulation” because it prevents big telecoms from throttling content that you pay them to access. It “crushes” innovative ways for telecoms to extort money from consumers and from content providers.

The reason why Collins and his Republican colleagues can’t be trusted to protect net neutrality is that until very recently they didn’t support it, even conceptually.

[Republican John] Thune’s [Senate Commmerce Committee] includes Sen. Ted Cruz, who in November called net neutrality “Obamacare for the Internet.” Now, Cruz “looks forward to having a vigorous discussion on how we can best ensure the Internet remains a forum for freedom and innovation” as the FCC eyes stricter regulations, according to a Cruz spokesman.

We’re meant to believe that the very people who derided net neutrality as “Obamacare for the Internet” are suddenly totally concerned about implementing net neutrality legislation? To call this disingenuous would be an understatement. The Republicans are spooked because reclassifying the internet as a public utility would forever codify these consumer protections and the authority would rest with the FCC rather than the political whims of the corporatist congress.

Some of Collins’ own constituents are begging him to reject net neutrality, because Obama.

Collins told Roll Call how he had a sign in his office in the Rath Building that read, “In God we trust — all others bring data”. But what if the data isn’t favored by Time Warner and can’t reach its intended recipient? Until recently, Collins objected to any sort of net neutrality rules. Even now, while purporting to promote a Republican alternative to the FCC’s plan, he rejects the notions behind net neutrality as anti-competitive, harsh regulations.

When it comes to you accessing the internet data you pay your ISP to provide — whether it be Netflix or political content — Chris Collins sides with the ISPs’ right to limit and regulate what you can and can’t access.