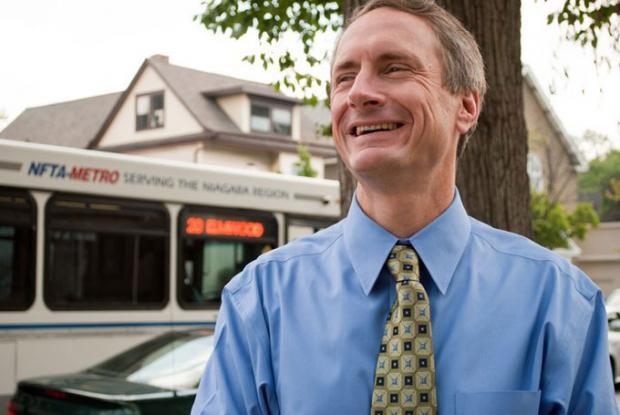 We like it when qualified people are promoted into public offices independent of political considerations, so we were happy to see Vanessa Glushefski elevated to acting comptroller for the City of Buffalo. The way forward to keep the seat won’t be easy for Glushefski, with a veritable shmazel of candidates and factions vying for the Common Council’s blessing for the interim role, including the Council’s own Richard Fontana and possibly the son of majority leader David Rivera, Jon Rivera. Add to that list of hopefuls Assemblyman Sean Ryan, an ally of both Riveras, who has made no secret of his intention to run for mayor of Buffalo the next time that seat is on the ballot, in 2021; the citywide-elected office of the comptroller offers a pretty good bully pulpit for someone who entertains that ambition. (If Ryan seeks the seat, expect Jon Rivera—a veteran political operative who played an active role in getting Ryan elected to the state Assembly—to withdraw from consideration.) Whoever gets the nod as interim from the Common Council will face a short cycle until the primary, where Glushefski—if she seeks election to the seat—might benefit from having already activated a citywide ground game in her competitive challenge to Erie County Comptroller Stefan Mychajliw in 2017. However, Ryan has a strong political team, deeper political alliances, and greater name recognition by dint of his current elected office. Especially with a Common Council that would rather get along with the mayor than keep his power in check, Buffalo would be well served by Glushefski or Ryan, who—each for separate reasons—will feel unencumbered by fealty to the mayor when doing the job of watching the city’s purse.

Ans speaking of Sean Ryan: Last week Ryan attended a gathering of public officials at the grave of Shirley Chisholm in Forest Lawn to commemorate the Chisholm’s historic race for president, which she launched on January 25, 1972. Chisholm served in the state Assembly and the US House of Representatives before becoming the first African-American woman to run for the presidency; she retired from politics, married a man from Buffalo, and died here in 2005. At last week’s gathering, Ryan announced that he would promote legislation to empanel and fund a commission to celebrate the 50th anniversary of Chisholm’s 1972 campaign, which might, at minimum, include erecting a statue of Chisholm in her adopted city of Buffalo—which has far too few public statues honoring women, African Americans, and progressive political heroes such as Chisholm.

What’d we say about Ryan running for mayor in 2021?

It snowed—a lot. But we’re still in print.

When Catholic Charities launched their annual fundraising appeal, they took the unusual approach of announcing $1.4 million in funds already secured, just under 10 percent of their total goal of $11 million. In previous years, the appeal was launched with the announcement of new or successful programming and never included any dollar amount already raised. Evidently, the message Catholic Charities is trying to send this year isn’t “Give to us, we do great work”—which they, in many cases, do—but “See, people do still support us.” In the wake of Catholic Charities’ abrupt termination of its foster care program rather than comply with policies protecting LGBTQ foster parents from discrimination, and of course the ongoing priest sexual abuse scandal, it’s clear that the diocese is worried about pulling in its usual contribution from the community. The Buffalo News has reported that $8 million has been earmarked for settlements to victims of sexual abuse, and that some victims have been denied “awards”—as the diocese likes to call them—for purely procedural reasons. With the state primed to enact child sex victims legislation, the dollar amount of owed money is sure to climb, and many habitual contributors have to be asking themselves who they’re really donating money to, this time around, and in whose name? We really feel for committed Catholics in Western New York who deserve far better leadership than they’re getting.

Last week, state Senator Rob Ortt of Niagara County—a Republican clearly frustrated by his relegation to the minority caucus in the state Senate—sent out a pair of huffy statements railing against legislation that state Democrats are using their legislative majorities to pursue. The first he called, in his statement, the “Free College for Illegals Act”; the second he called the “Abortion on Demand Bill.” Leaving aside the actual content of the bills to which Ortt takes exception, we note that those are not what the bills are called in either the Assembly or the Senate. So, what we want to know: Did Ortt purchase naming rights to these bills? And if so, did he pay out of pocket or with campaign funds?