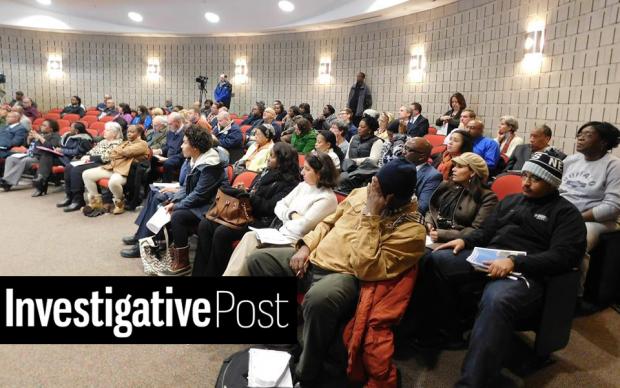 It’s common knowledge that not everyone is enjoying the fruits of Buffalo’s revival.

A recent report by the Partnership for the Public Good explored this deficiency more deeply, finding that racial disparities in employment opportunities for African Americans and Hispanics are even worse regionally than nationwide.

“Racial inequality has proven stubbornly persistent, but there is nothing inevitable or immutable about it,” the report found, pointing out that the city and county, as well as their assorted economic development agencies, have many tools at their fingertips to address those disparities.

One of those is the inclusion of diversity goals on publicly funded construction projects, which cover both contracting with minority-owned businesses and the racial makeup of the workforce.

Of the region’s five most expensive construction projects currently underway, or recently completed, all have both kinds of goals.

In theory, MWBE and workforce goals encourage developers to contract with minority-owned businesses and unions to recruit diverse applicants for their apprenticeship programs.

In practice, their effectiveness is hampered by a variety of factors.

For a start, the goals established can seem slightly random. HarborCenter had a minority workforce goal of 25 percent; at Riverbend, the goal was 15 percent, even though both projects took place in the city and drew mostly from the same pool of union workers.

The state, city, and county all have slightly different policies and practices when it comes to setting goals. They’re based, in theory, on the region’s demographics—but only vaguely. Even the people who set them acknowledge it’s more an art than a science.

And the way that the goals are arrived at tends to be opaque. It’s not in the interests of either the government entities funding the projects or the construction unions staffing them to set overly ambitious goals that they can’t meet.

Not all public money comes with those strings attached. Companies receiving tax breaks from the Erie County Industrial Development Agency, for example, have to abide by a local labor requirement which covers workers from eight Western New York counties, but no specific diversity goals.

Many community leaders argue that the goals aren’t ambitious enough. The city of Buffalo’s standard workforce diversity goal, for instance, is 25 percent. But minorities make up more like 50 percent of the city’s population, according to Census data.

Workforce diversity goals also occupy a strange hinterland between being enforceable and simply aspirational. Empire State Development officials, for instance, say the state “has no authority” to enforce workforce goals—and emphasizes that they are goals, not quotas, which state law does not allow.

Moreover, the state provides contractors with relatively little guidance on how to implement the goals.

A new state-sponsored study of racial disparities in construction will, for the first time, consider workforce as well as contracting. If a significant disparity is found, it could allow the state to give workforce goals some teeth.

The city, meanwhile, has yet to carry out a disparity study at all, unlike many cities with substantial minority populations.

This is a source of continuing frustration for many who advocate for greater minority participation in the current construction boom, because doing a study could allow the city to set higher goals, or tailor them more precisely to address the difference in disparities between different racial groups.

“It’s important for every public works project to have the participation of the community and reflect what the community looks like,” said Charley Fisher III, president of B.U.I.L.D of Buffalo and co-founder of a group calling for more diversity in construction.