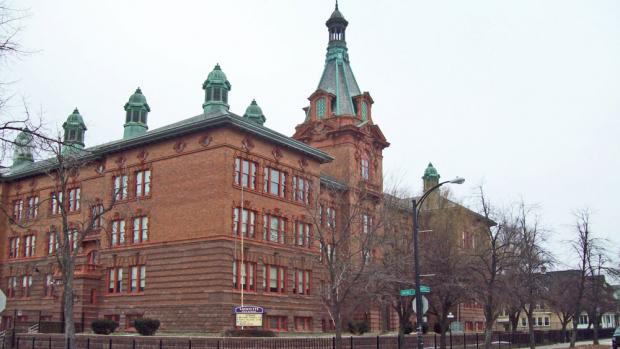 You are a fisherman and there’s a new guy on your crew. He introduces himself with a handshake and a “Hi, how are ya?” before tightening his grip around your hand, staring intensely into your eyes and declaring, “It’s all about the fish.” You make little of his testimony and go about your daily routine. Just one of those weird things people do. Yet, throughout the day this man is heard saying again and again, “It’s all about the fish.” Then, as you are in the middle of fashioning some critical knot, you feel a presence from behind you and hear the now familiar refrain, “It’s all about the fish.” If a wave were to sweep over the boat and drag this man to a watery grave, there would be no great effort put forth in his rescue—some searching looks among the deckhands, perhaps, but no sincere straining for life jacket or buoy.

When it comes to the work of education reporting and governance, such men and women are in oversupply. The Buffalo News’s editorial board, for example, can barely get through one paragraph on local schools without making the insensible interjection: “It’s all about the children.” Go to a Board of Education meeting and your ears and brain will be besieged by similar vocal spasms.

Do we believe that there is a cabal of child-hating adults on the verge of pronouncing otherwise?

I fear that, despite my protest, there will be no change in the way that education issues are articulated in reporting and public discussion. Not because people have a deep-down love for repeating clichés and half-truths, but because these are useful to the powerful when persuading people into acting without regard for their own benefit. The complement of panic is the urge to do something—anything—as drastically as possible.

Thousands of kids are being cheated out of a bright future by an ineffective school system, we are told. Thousands have been lost, but, if we act now, thousands may be saved. With this mode of thinking in place, the Buffalo Board of Education will act on Wednesday, January 28, with respect to the fate of four local schools: Bennett, Lafayette, MLK and East.

Never mind that the BOE has retained the services of Dr. Gary Orfield of the UCLA Civil Rights Project to conduct an investigation into alleged segregation in the district.  Never mind that the BOE now insists on passing judgment on the four so-called out-of-time schools (on January 28) before Orfield is obligated to finish his report (on January 30). Never mind that Orfield has cautioned against this, hinting that preserving the four schools in question may be essential to the implementation of his recommendations.

The logical move in such a situation would be to wait and see, yet the board majority looks to be functioning beyond logic. One reason for the hurry may be that the board majority has been briefed on Dr. Orfield’s previous work on charter schools and doesn’t like what they see.

If you have a doubt that the board majority’s plans include expanding the city’s network of charter schools, while ignoring the community proposals for Bennett, Lafayette, MLK, and East, then you haven’t been paying attention.

We know that, for example, Sam Radford, president of the District Parent Coordinating Council, was instrumental in ensuring that the complainants—one of whom was his sister Desire Radford—to the Office of Civil Rights were heard.

Speaking with the Buffalo News, Radford was enthusiastic regarding the prospects for his constituents:

“This is huge. This is the biggest thing since desegregation,” he remarked this past summer.

As recently as October 2014, he pleaded with the BOE to suspend testing and admissions processes at Buffalo’s criteria based schools, while Dr. Orfield and his team examined the allegations of discrimination.

“[W] hy would you use the same system that got you here knowing that the consultant may recommend changes?” as he put it quite sensibly in another interview with the News.

Yet, last week, after Dr. Orfield asked the BOE to “to avoid major changes in the use of the district’s facilities until this work [investigation and recommendations] is done and the district and Office of Civil Rights have agreed on a plan,” Radford was defiant. WIVB reported that he “said the district can’t afford to wait and should move ahead with its reform plans.”

Incidentally, board members Larry Quinn and James Sampson were of the same opinion.

What changed over the course of four months to bring about Radford’s U-turn? The momentous shifts to be brought about by Dr. Orfield’s team have been subsequently relegated to the trash bin, but there has been no accompanying explanation—unless, that is, one counts posturing and incitement to panic as an explanation.

An alternate theory presents itself: charter school advocacy groups spent big ensuring charter-friendly BOE members would get seats in the last election, and those same members are now using the language of outrage and panic to achieve those ends.

“We can’t wait another year” is another favorite refrain of the board majority, an insistence that extreme and instant action is its only option.

The claim implies that—with respect to whatever action the board majority decides to take—the results will be an immediate, quantifiable success. Any results which failed to impress in such a manner would necessitate an abrupt reversal of course.