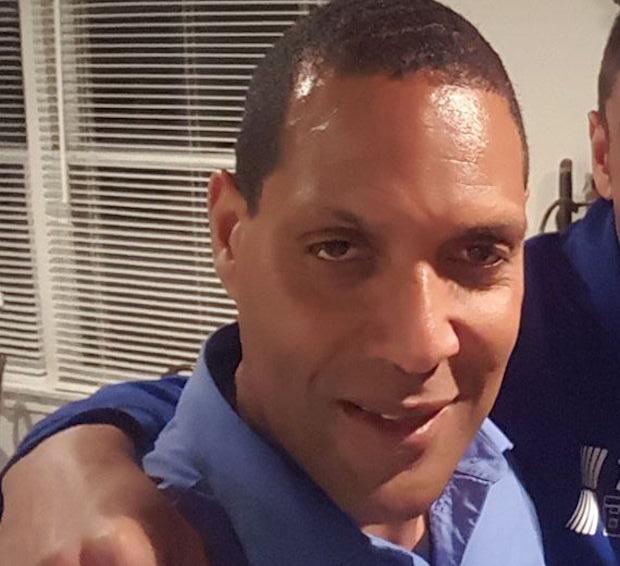 The father of a man fatally shot by a Buffalo police officer last month has retained two law firms to investigate his son’s death.

The firms, Neufeld Scheck & Brustin in New York City and Easton Thompson Kasperek Shiffrin in Rochester, are both well-known for their work on civil rights cases. A representative of the New York City firm said the investigation is underway. The firm describes itself as “taking on only a small number of important cases.”

On December. 11, Officer Joseph Meli, 25, shot Marcus Neal three times—twice in the abdomen and once in the leg—after police said Neal charged officers with a knife on the roof of a garage in Black Rock. Neal, 47, died in hospital the following morning.

At a press conference, police spokesperson Captain Jeff Rinaldo, praised the officers for doing an “excellent job trying to de-escalate” the situation, which he described as a life-or-death confrontation with a suicidal shoplifting suspect.

“Once you pull a weapon and begin to threaten the officers, the officers had no room to attempt to retreat,” he added.

Neal’s family disputes the conclusion that nothing could have been done to spare his life and questions whether the events of that freezing night unfolded exactly as police have said.

“I don’t believe the shooting of Marcus Neal was necessary based on the information available to us,” said James Bible, Neal’s uncle-in-law, in an interview with Investigative Post. Bible is a civil rights attorney and former president of the Seattle King County NAACP, where he lives.

In the past year, police have shot three men—Jeremiah Smith, Rafael “Pito” Rivera, and Neal—killing two. In 2017, Wardel “Meech” Davis died during an arrest and Jose Hernandez-Rossy was fatally shot by an officer following a traffic stop.

Four deaths in two years should mean “you are in a state of emergency,” Bible said.

Neal’s family is concerned they will not be able to review video surveillance of the shooting, as the responding officers were not wearing body cameras. They want to see corroborating evidence of the events, including a photograph of the knife Neal was said to use and surveillance footage linking him to the location of the shoplifting. His family also questioned whether police used effective tactics, from chasing Neal for more than a mile, to following him onto a roof, to their use of pepper-spray.

Rinaldo said Neal wielded an open “folding knife,” but would not provide further details on the weapon. The department denied a request by Investigative Post made under the state Freedom of Information Law for documents related to the shooting, citing its ongoing investigation.

Police have spoken with at least two members of Neal’s family, including his father, Charles Neal III. Charles said his conversations with the department, while polite, lacked “substance.”

According to The Buffalo News, a police lieutenant pulled into the parking lot of Wegmans on Amherst Street at about 11:20 p.m., just as a store employee was calling 911 to report a shoplifter. Store security gave the lieutenant a description of the suspected thief.

According to radio transmissions archived on Broadcastify.com, the lieutenant intercepted someone fitting the description at Grote and Germain streets, about a half mile from the store. The garage that Neal eventually climbed onto is another half mile afield.

“A Hispanic male, tall, in the yards between Germain and Peter and Grote and Amherst,” the lieutenant radioed to dispatch. (Neal is not Hispanic). When prompted, she added: “Got a big jacket on, possibly grey, he’s got a book bag, extremely tall, thin, got a backpack on, under the jacket.”

D District officers then jumped in. The chase, which involved at least three groups of officers, snaked through backyards over several blocks. “I think I may have just saw a possible,” one officer radioed. Less than ten minutes later, a officer communicates that Neal is on a roof, with someone adding, “I got him in sight.”

At the press conference, Rinaldo said Neal cut himself, threatened officers, and refused to drop the knife. In response, officers pepper-sprayed him, which had “no effect.” Neal then charged the officers, Rinaldo said.

Rinaldo said the department confirmed Neal was the same person flagged by Wegmans’ employees by reviewing the store’s surveillance video. He said “multiple” stolen items were recovered along the path Neal had been chased.

Neal’s father Charles, who now lives in Florida, raised his son in Niagara Falls. As a young adult, Neal helped Charles with his trucking business before moving to Virginia. Neal returned to Buffalo in September 2018, with plans to stay, after spending five months living with Charles and his wife.

Charles said he’d never heard his son express suicidal thoughts—or violent ones—and had not known him to carry a knife. Far from wanting to die, he said Neal had talked about his hopes for the future: from getting his driver’s license back (it had been suspended due to a decades-old traffic ticket near Rochester), planning a vacation at a timesharehe’d rented down south, and spending more time with his 26-year-old son who lives in Hamilton, Ontario.

Charles believes that police escalated a relatively minor situation, an alleged shoplifting, by chasing his son, following him onto that roof, and “cornering” him.

“Obviously if they were chasing him, he didn’t want confrontation,” he said.

Describing the impact of Neal’s death on their family, Charles searched for strong enough words. “’Difficult,’” he started, “doesn’t give it the sense of impact that it actually needs.”

“When you hear of something like that, it’s like a house has caved in on you—[like] someone has run over you over with a truck,” he said.

Bible, Neal’s uncle-in-law, represents clients in cases involving excessive use of force by police. In Neal’s case, he questioned the officers’ use of pepper-spray, especially on a roof, when it can cause someone to run around and become erratic in their movements.

“De-escalation should involve effective communication with whoever you’re interacting with, and doing something to create more uncertainty isn’t rational,” he added.

Because of the presence of a knife, Neal’s death will not be investigated by the New York State Attorney General, which, under Executive Order No. 147 acts as a special prosecutor in deaths of unarmed citizens by police. The Erie County District Attorney’s Office will investigate.

Neither the District Attorney nor the Attorney General have brought charges against the officers involved in deadly use of force incidents in the last two years.

In its investigation into Hernandez-Rossy’s death, the Attorney General’s office called on Buffalo police to equip its officers with tasers. Rinaldo previously said the use of a taser on Neal would not have been appropriate, stating: “You match force with force.”

Meanwhile, the Attorney General investigation into Davis’ death recommended Buffalo police officers begin using body cameras. After a yearlong pilot project equipping some officers with them, a roll-out is slated to begin across the entire department this month.