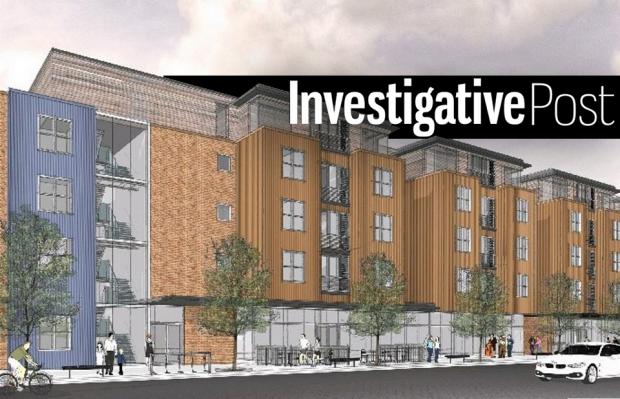 I chuckled a bit as I read the a story in the November 18 edition of The Record, the Buffalo State College student newspaper, which provided the owner of Greenleaf and Co. a forum to criticize my investigation of his business operations.

The newspaper also let Buffalo State officials further explain why they are supporting the company’s plan to build an off-campus student housing project.

My investigation, recently voted by our readers the top story in 2015, provided ample evidence that Greenleaf has a history of renting substandard apartments and not paying bills to contractors or taxes on time to the city, state and federal government.

Greenleaf certainly has a lot of unhappy former tenants. I interviewed more than 30 current and former tenants, contractors, employees and business associates for my story, which published and broadcast November 12.

Another 15 to 20 former tenants contacted me after the story ran or posted comments on Facebook. The Record, for its story, found still more unhappy customers.

So, we’re approaching 60 unhappy former tenants, and that doesn’t count the more than 70 who filed small claims cases against Greenleaf over the years.

Two things stuck out when I read The Record story.

Levine told The Record that the project is “not something the college just jumped into without doing its due diligence.”

In an interview with Levine before my story published, I mentioned some of the problems I had discovered with Greenleaf. Levine said he was unaware of them. In fact, he sounded surprised.

In addition, Hal Payne, vice president of student affairs, conceded to me on camera that the college had not begun any due diligence of Greenleaf or its owner, James Swiezy.

“We have not been in the business of doing due diligence on a proposal until just now,” Payne said.

His words, not mine.

Finally, let’s deal with one of the more “creative” rebuttals from Swiezy.

He claims to have sent Investigative Post a list of over 20 contractors, and 25 to 30 long-term tenants of Greenleaf apartments.

In fact, Sweizy provided me a list of 10 contractors; I called five and quoted two.

Another fact: He provided me a list of 16 other names; 10 are renters and six are neighbors of his rentals.

I called each tenant multiple times and visited the apartments, leaving my business card in their door jams. None called. I reached a Bird Avenue apartment tenant, who had lived there only two months. The rest of the tenants interviewed I had used in the story.

Greenleaf’s project is expected to break ground soon. The Common Council has approved the rezoning for Greenleaf, which expects to begin construction at the end of March.

Investigative Post is hosting its second Trivia Night on Wednesday, January 27. The festivities begin at 7pm. Our first trivia night in October attracted a big crowd and we’re expecting another large gathering at Brawler’s Deli, in basement of Pearl Street Grill.

Kevin O’Connell of WGRZ will serve as quizmaster. Admission is $10 for non-members and Investigative Post Bronze members and free for Silver, Gold, and Platinum members. Tickets can be purchased online or at the door.