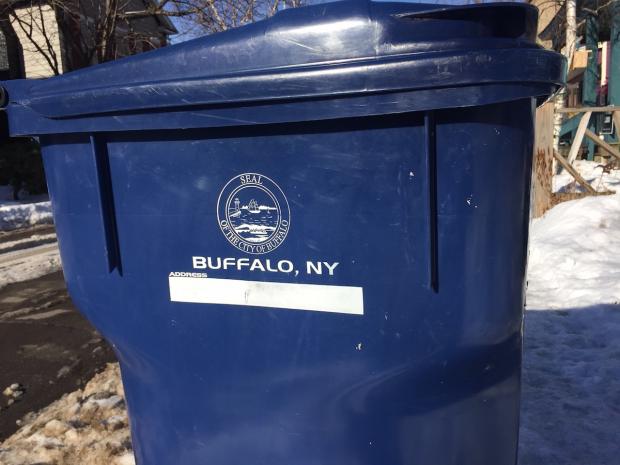 Last year, the City of Buffalo used about $35 million from its fund balance—that is, in effect, the city’s savings account—to close its budget gap.

The Brown administration had budgeted using $11 million from fund balance but the amount needed ballooned due to increased expenses and revenue shortfalls. This happens frequently: The Brown administration has used $85 million from fund balance over the past seven years to close budget gaps. Some of the cost increases and revenue shortfalls are predictable, some less so.

Increased overtime for police and fire, for example. Overtime always has been more than the city budgets. One wonders why the city doesn’t err on the side of safety: The city budgeted about $19 million for overtime in 2017-2018, even though actual overtime costs ranged from $20 million to $30 million over the previous five budget years. Precisely how much overtime will cost each year is difficult to foresee, just as it is difficult to foresee the liabilities that will be attached to the city as the result of lawsuits each year. But it’s a good bet that both will cost more than the city budgets.

An example of a revenue shortfall is casino payments: Last year the city only received $3.5 million of the $7 million it expected (and budgeted for) as its cut of proceeds at the Seneca casino downtown. The fund balance paid for that shortfall. This year the city is budgeting $7 million in casino revenue and there is some fear it may receive none at all.

Some revenue shortfalls are the result of unreasonable expectations: The city forecast $8 million in revenue from the sale of city-owned properties last year and realized only $1 million. Maybe the other $7 million will trickle in over the next year or two; maybe the number was never more than a sunny dream; or maybe it was conceived in order to plug a hole in an otherwise unbalanced budget. Whatever it was, fund balance paid for that shortfall, too.

Utterly predictable is the budget imbalance caused by the solid waste fund, which, all told, relied on subsidies of more than $5 million from the city last year. This is the result of revenue shortfalls and increased expenses that occur with perfect regularity, year after year.

Here’s how the solid waste fund works: It used to be that waste disposal was part of the city’s regular schedule of expenses, paid for out of the property tax levy, state aid, and the city’s other sources of revenue. That meant that entities that were exempt from property taxes but used waste disposal services didn’t pay for them. In order to distribute the cost of waste disposal more fairly, the city instituted the “user fee,” which theoretically requires any property that has waste picked up to pay an appropriate fee for the service. The proceeds from the user fee go into a dedicated “enterprise fund,” which can only be used to pay for waste disposal services and associated expenses.

This method of separating a service from the rest of the city budget also offers, for elected officials, the felicitous opportunity to pretend that tax rates are stable, even as a property owner pays new fees for services that formerly didn’t require them.

The solid waste fund also accrues revenues from recycling, which Buffalonians are not particularly good at, and which doesn’t pay as well as it used to anyway, so mostly it’s the user fee.

Here’s the problem: The revenues from user fees and recycling have never been enough to pay for the city waste disposal contracts. (It’s privatized, of course, bid out to firms like Modern, Waste Management, Allied.) Every year the city has to top off the solid waste fund with more than $3 million, usually more. That money comes from the general fund, which comes from the property taxes that weren’t supposed to be paying for garbage disposal anymore. The city frequently sends capital funds to the solid waste fund (almost $500,000 last year) to purchase equipment, too. That’s borrowed money on which the city must pay interest. Since its inception, the city has paid nearly $50 million into the solid waste fund, which was supposed to be self-sufficient.

Some of the money the city sends to the solid waste fund is technically a loan that taxpayers would be foolish to hope to recoup, given that the fund is chronically broke. Most of it is simply spent money.

This is a structural problem: The cost of waste disposal is what it is. The revenues gathered to the fund that pays for it are insufficient. But the Brown administration is unwilling to incur the political damage that would attend raising the user fee or to pursue some radical change in the way it provides the waste disposal services city residents need and expect. Instead it kicks the can, as it kicks so many cans, a little farther down the road each year. Some time in the not-so-distant future, someone will have to pick up all those cans.