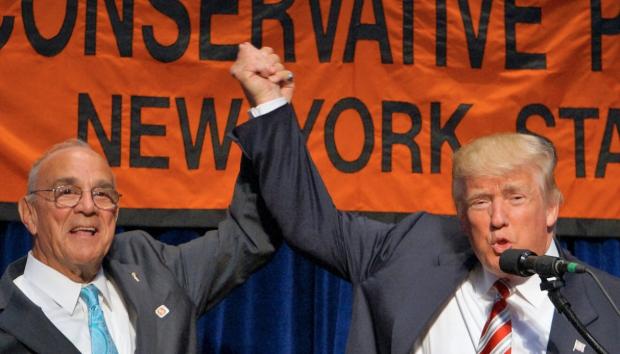 Later this month, the Conservative Fusion Party — a club for people who care deeply about guns, abortion, defeating the homosexual agenda, and patronage jobs — will be holding its annual statewide fundraiser. Here is the mail piece they sent out in mid-December: On December 28, however, they sent out a mass email with one notable omission from its list of promised conference speakers. I wonder what happened between December 16 and 28 for the Conservatives to drop Buffalo’s own bestiality and racism enthusiast Carl Paladino? It’s not like the Conservative Fusion Party is in any way distinguished, reasonable, or professional.

Incidentally, on Tuesday the Republican congressional majority voted overwhelmingly, and with no warning, to gut Congressional ethics oversight as literally its first act of the Trump era. Public outcry led them quickly to abandon that plan, but we still have no idea how Chris Collins voted at that secret conference. Is he for or against aggressive, independent ethics oversight of Congress?