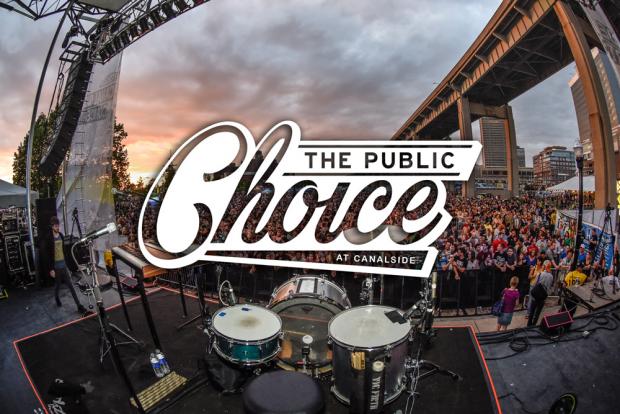 The Canalside free Thursday concert series has consistently been one of the most popular summer events in Buffalo each year. Thousands of people show up each week to hang out and experience live music at what has become one of the city’s most popular outdoor music venues. Last year, the average attendance was 10,000-15,000 people per event while the largest recorded attendance was approximately 21,000. Needless to say, this concert series is a big deal for everyone involved, but especially for the local music acts that get the chance to open the shows. This year, Canalside and The Public are teaming up let our readers decide which of their favorite local bands should fill those coveted opening slots.

The pool of bands has already been nominated by local cultural and community organizations including the Hispanic Heritage Center, Blues Society of WNY, Buffalo Music Hall of Fame, and Sugar City in partnership with Canalside, The Public, and Arts Service Initiative of Western New York. Each week three local bands will compete in an online battle of the bands dubbed The Public Choice. Fans will vote for their favorite bands, and at the end of the week, the band with the most votes wins.

Last week’s winner is The Buffalo Spell.  This week, three bands will compete to open for Claypool Lennon Delirium at Canalside. As the final battle, three runners-up who recieved the most votes in previous battles will return for a second chance.

To vote, click on your favorite band and submit your vote. Voters must log in to Facebook to vote (if your voting form does not load, refresh the page). Voting for week 11 begins on Wednesday, July 20 and ends on Monday, July 25 at 3pm.

Battling this week for the chance to open for Claypool Lennon Delirium on August 25: