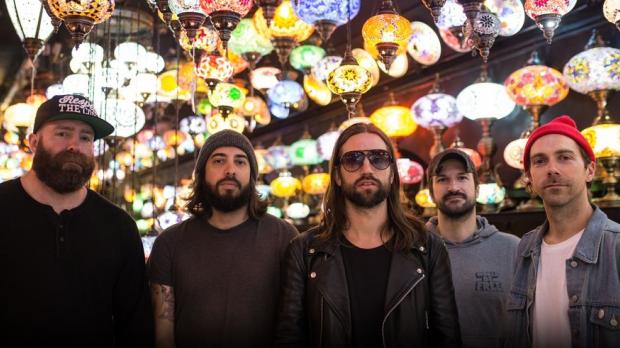 [ROCK] The introduction of top-tier independent pro wrestling to Every Time I Die’s annual Christmas show creates a unique attraction for the 3,000 fans holding tickets to the sold out show on Saturday. Many of them will be watching live independent wrestling for the first time in downtown Buffalo, and ETID guitarist Andy Williams is hoping to convert them to repeat customers.

Saturday’s event at Buffalo Riverworks features bands like ETID, Eighteen Visions, PUP, and Reggie & The Full Effect who will take the stage after the wrestling ends. The wrestling card is stacked, including a hard hitting matchup between former UFC champion Josh Barnett and independent star Timothy Thatcher and a women’s match between Impact Wrestling stars Sienna and Allie.

“How many people who are into punk and hardcore like wrestling, talk about wrestling, or did at one point in time, but then they’re just like, ‘I don’t know, I don’t know where I go see that.’” Williams said. “And (Empire State Wrestling) is right up the road in Tonawanda or Niagara Falls or Lockport, and they are running shows and there’s like 500 people at these shows.”

But as Williams points out, those well attended Empire State Wrestling (ESW) shows take place on the outskirts of the city of Buffalo. By collaborating with ETID on the Christmas show, ESW will finally make its proper downtown debut after launching in 2002.

Williams has always been passionate about pro wrestling. A longtime friendship with Braxton Sutter, a Buffalo pro wrestler who works for Impact Wrestling, lead Williams to begin training for wrestling as a hobby at Grapplers Anonymous pro wrestling training school in Lackawanna in 2015.

“My thing was that I just wanted to train and be around it. Josh Barnett said, once you have one (match) though, you’re not going to want to stop,” Williams said. “And then I had one, and it was like, ‘Oh, fuck.’”

“This place came about because of the lack of a consistent training facility [in Buffalo]. When I first started [wrestling] nine years ago there was nowhere to train, the only training that was provided was by the local companies a few hours before the show,” Everynite said.

That’s all changed now, as Grapplers Anonymous offers a comprehensive training school for pro wrestlers. The facility features standards like a wrestling ring and gym equipment, as well as cameras and a green screen to help the trainees work on their characters and promos.

By taking a studious and collaborative approach to the pro wrestling trade, Grapplers Anonymous is crafting a wealth of rising talent, Everynite said, including local wrestlers like ESW Champion Kevin Bennett and Kevin Blackwood, who are both scheduled to wrestle at Tid The Season.

“You are going to get a better quality wrestler (by training at Grapplers Anonymous). It’s proven. I hate to sound egotistical, but you hear it from the promoters. I hear it from the people on the outside who use the talent that trains here and put in the hard work,” he said. “There’s a different quality of wrestler that comes out of this building. And if we can produce good wrestling and good wrestlers… it’s like spilling a cup of water on the rug, eventually it spreads.”

The effect of that “spread” could result in future Grapplers Anonymous-promoted shows in downtown Buffalo. It’s a vision Williams sees as the logical follow up to the Tid The Season event, although questions remain about a long term venue.

“The problem is, in Buffalo, you have to find a venue that is willing to work with wrestling and grow with you as a promotion, where it’s like, ‘Hey, you’re going to make money. Just let us get some shows under our belt to get the name out there. And once that happens, it’s like, let’s go for it,” Williams said.

Saturday will be extra special for Williams, who will not only play the closing set with ETID, but also wrestle in front of his hometown as part of the Pythons tag team, who will take on Purple Rain.

In cities around the country, independent wrestling promotions are operating successful shows, creating their own scenes from Cleveland to Los Angeles with a mix of creativity, athleticism and showmanship that offers a sophisticated alternative to WWE. Could Buffalo be the next city to experience a full on independent pro wrestling boom?

The sold out Tid The Season event takes place December 16 at Buffalo Riverworks. Other attractions besides the music and wrestling include ice skating, a charity curling event, carnival games, a dunk tank and more. Gates open at 1 PM. Riverworks is located at 359 Ganson Street. Visit TidTheSeason.com for more information.