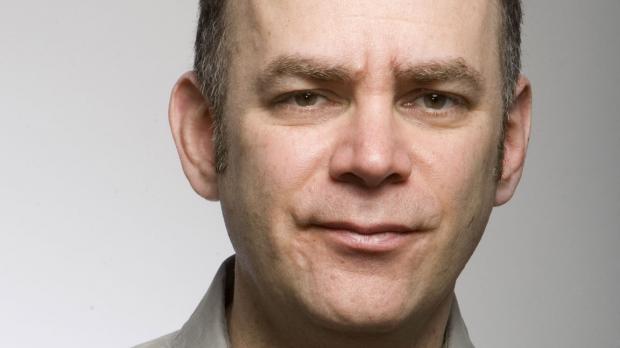 [COMEDY] Comedian Todd Barry deftly pinpoints the most interesting pieces of considerably uninteresting topics. Frequent flyer miles. Hotel arrangements. A Swedish woman’s usage of the word “boundaryless.” Barry’s low-key tone and mock boastfulness persona make him an ideal captain for sailing the seas of the mundane, making his act anything but boring. But Barry doesn’t even need material to operate a hilarious show. His Crowd Work Tour special (produced by Louis CK) follows Barry through seven cities. Now available on Netflix, The Crowd Work Tour showcases Barry’s ability to drop the material and begin to roll on anyone or anything in the building. Barry’s heady, free flowing questionnaires and commentary build a healthy nervousness that locks the audience in attention. Audiences can expect a dose of crowd work and well crafted comedy when Barry returns to Buffalo for the first time since 2011 with a performance at The Tralf set for Friday, December 11 at 8pm. Tweet him your recommendations for chicken wings and coffee shops at @todbarry.

You are sometimes referred to as a “comic’s comic.” Is that a term you welcome?
I’m happy to be called a “comic’s comic,” because I know that I’m not just a “comic’s comic.” I mean, sometimes it applies to people where it’s really like, “You’ve got to be a comic to get this guy,” or comics get this guy unproportionally over civilians. But, I love when I go on the road and a bunch of comics on the scene come over after their open mic nights, I think it’s great. I like when comics like me.

What is your take on big name comics like Jerry Seinfeld and Chris Rock showing their displeasure with current college audiences for being too politically correct?
I never watched that Seinfeld interview, but from what I’ve heard, I do know what he’s talking about. There are times where you can just say a word, and people will chill up because they are afraid. They are afraid like, “Oh, I don’t know if I can laugh at this.” I don’t do a lot of colleges, so I haven’t really had a problem with that. For me colleges are more challenging because I’m just too old. Sometimes, I just feel like they’ve never bought a CD or record or payed rent with money they earned. There are just things that they aren’t thinking about, because they are 19, and I’m… older than that.

I always think it’s great when a comic can get me laughing at something that I can’t really defend. Patrice O’Neal, Dave Attell, [they] say things that, if you just wrote them up on a blog, you could probably make them seem like “mean guys.” But in the context of a comedy show, it’s entertaining and people enjoy it.

You retain a commanding presence on stage with your standup act, yet you must relent to influences outside of yourself when interviewing a subject for The Todd Barry Podcast, in terms of pacing and where the conversation goes. What has it been like hosting conversations rather than your own calculated standup material?
Yeah, I prefer that actually. I’ll write a few notes, because there are times where I felt like I’ve hit a dead zone and I wish I had more notes, but I look up a few things and try to get (an interesting conversation going). And I know most of the people on the podcast. The vast majority I actually know and they are actual friends of mine. So, I do a little research but I always want to take it in the direction where I don’t know where it’s going. I had Janeane Garofalo on and somehow she mentioned eating Cheez Its, which was good, just because not alot of people are going to talk to Janeane Garofalo about eating Cheez Its.

You are a serial tweeter. How do you know if something your working on belongs in your routine, or if it simply merits a tweet?
I just go, would I say that on stage? And if the answer’s no, then it could be a tweet.

Your twitter account is full of critiques and observations about coffee houses and restaurants. What are your thoughts on Buffalo’s famous food staple, the chicken wing?
I do love wings, and I’ll probably get some when I’m there. I always feel weird asking people while I’m there where I should get them, because they are just so ready for that question, and they don’t want to hear it.

One of your most memorable film roles was opposite Mickey Rourke in 2008’s “The Wrestler.” The movie ended with Rouke’s character, the ailing Randy “The Ram” Robinson leaping off the top rope to either his ultimate doom or another wrestling victory. What do you think happened to Randy “The Ram”?
There were people who got kind of mad that it was a cliffhanger, and I thought, what difference does it make at that point? I just remember some people feeling cheated, and it was like, do you really need to see him in the hospital flatlining or whatever? Do you need to see him die? I felt like at that point it didn’t really matter, because he was at that age he had his health problems.