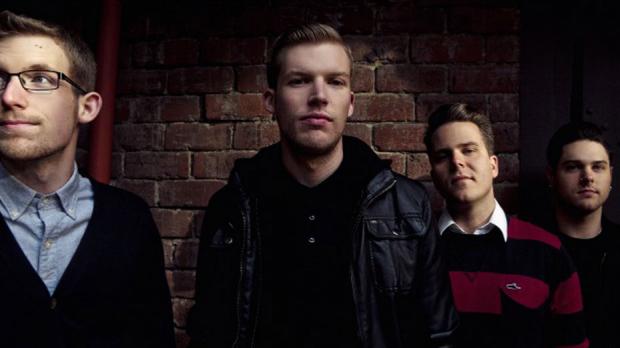 [PUNK] “Regardless of whether we were a small, mid-level, or big band, we did things our way and I’ll always be proud of that,” writes the Swellers’ drummer, Jonathan Diener, on the band’s tumblr blog, bidding the music scene adieu. Although it’s accompanied by a photo of the Michigan-quintet—middle fingers extended—in front of London’s Big Ben, it reads like a compelling fiction narrative, voiced by a humble, levelheaded musician. Over the Swellers’ 13-year career, they’ve produced five full-length albums; toured tirelessly; signed with multiple record labels; and delivered straight up punk rock full of infectious rock riffs and catchy (never trite) choruses, without succumbing to industry standards. Their music lives in the golden age of punk rock—it’s raw, honest, and full of angst. Their final album, The Light Under Closed Doors, is bittersweet. Badass riffs and infectious vocal refrains polish the collection, but sadly these songs (along with classic staples) will be played in Buffalo for the last time on Thursday, November 13 at the Studio at the Waiting Room.