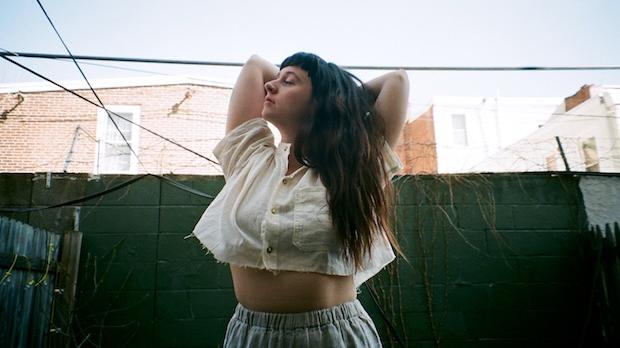 [INDIE] Waxahatchee’s Katie Crutchfield has been playing music with her sister Allison for as long as she can remember. Growing up near Waxahatchee Creek in Birmingham, Alabama, they have shared multiple experiences with each other, such as memorizing numerous songs from musicals to perform as kids to rocking out to riot grrrl music in their teens. Along with these good memories, they also had the unfortunate experience of going through traumatic break-ups simultaneously. As these transitions caused significant alteration to the trajectory of both their lives, it also produced fulfilling and transcendent new music. Allison was inspired to write her debut album Tourist in This Town, which was released in January.  Katie’s fourth album, Out in the Storm, released in July, served as her wrestling aftermath of emotions that developed after the end of her relationship. Throughout the record there are moments of disappointment and irritation on songs like “Never Been Wrong,” and at other times epiphany and catharsis on tracks, such as “Recite Remorse.” Overall, however, the album brings a sense of relief and acceptance to its forefront. Waxahatchee performs at the Tralf on Tuesday, November 7 with special guests Ought. Below is our conversation with Katie Crutchfield.

What’s your first memory of music?
I’m not sure what my first memory of music is, but I have early memories of music as a kid. I love musicals. My sister and I both did, and we would always watch them over and over again and learn all the songs and perform them and stuff. We grew up with a lot of country music and just classic rock music, too, like my mom loved like Fleetwood Mac and stuff like that, so those are kind of all my earliest memories of music. I kind of slowly started to delve into finding my own music that I liked around early high school. I was starting to listen to music in the era of file sharing when it was really easy to download music for free. I was constantly sort of researching music that I liked and from that finding more music that I liked. I sort of organically started to want to play guitar to accompany myself so that I could sing. I would learn covers. I’m not really sure what made me want to start making my own music. I think it was just through listening to music and feeling really inspired by certain music that I was learning about and eventually I decided I wanted to try that myself.

Who has influenced you musically?
We really loved punk/riot grrrl music like Bikini Kill. That’s kind of what made me want to start a band, but then I remember finding Rilo Kiley and Jenny Lewis’ music. That was very much what was being made at that time when I was first starting to learn how to play guitar. That was just coming out. I remember her lyrics and her voice and everything about that is what made me want to write songs, I think, and sing. I feel like that was the biggest inspiration for me wanting to write songs.

I read that one of the main inspirations for your new album was a break-up. Did you reach any sort of catharsis after writing and getting to perform these songs?
Definitely. I think that it was a really cathartic album to write because the relationship I’m talking about is one where I didn’t really feel like I had that much of a voice. So kind of after the fact, getting to say all these things that I didn’t get to say in the moment was really cathartic. Then also, at this point so much time has passed, it definitely helped me process that whole thing and now I feel like I’ve really moved past it.

I’m sure that was comforting for both of you to be going through it at the same time.
Yes and no, it’s hard sometimes, because they were long-term big relationships so it was kind of like where your whole world gets flipped upside down. I think for us to be doing that at the same time, ideally in those situations you have your closest friend and stuff to lean on, and we had moments when it was hard because we were both kind of going through this hard time, but it’s in the past.

When you and your sister are making your separate projects, do you ask each other’s advice?
We play each other demos, we ask advice, we share it with each other kind of first, always. We don’t really contribute anything songwriting-wise, but it’s almost like we act like strange, early producers. We do kind of discuss it and talk about it.

How do you think you’ve progressed as a songwriter and musician as a result of making your newest album?
I’m not sure. It’s sort of funny for me to look at the progression because I feel like I’ve always gone about everything the exact same way. It’s like anything else, the more you do it, the sort of sharper you get at it and the more attention to detail you have. I definitely think my way with words has just sharpened over the years. My voice has gotten stronger just from practicing. It’s as simple as that. I don’t really think that I go about things much different than when I started.

This album definitely has louder, punchier sounds to it than your previous albums. How has that been getting to perform songs like that as opposed to your earlier stuff?
It’s been cool. I definitely feel like after doing a lot of touring on this album, I feel very much like I’m craving performing quiet music again. That’s sort of where I feel best with minimal instrumentation and really being able to like sing, that’s kind of my favorite way to perform, but it has been really fun. It’s been a nice way to mix it up and the energy of the loud rock band is special.