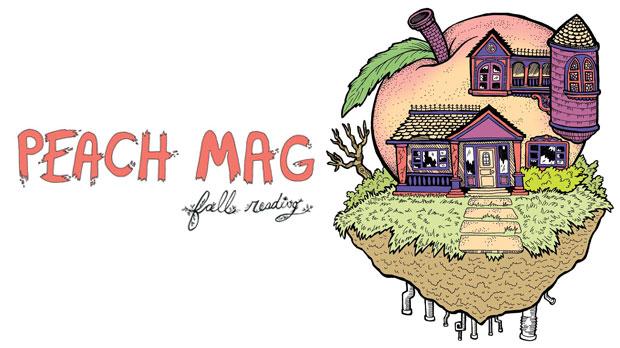 [LIT] Peach Mag, the recently-launched, Buffalo-based online literary magazine, was primarily founded to publish the work of up-and-coming writers. Their secondary motives were a bit loftier: to build up a community for like-minded artists. Their upcoming fall reading favors that second goal. Peach will team up with Monster House Press to showcase rising writers from Monster House’s hometown of Bloomington, IN alongside a trio of local readers. According to Peach co-editor Matthew Bookin, Peach and Monster House make a lot of sense together.

“We’re excited to host them because we have similar goals,” said Bookin. “We’re both repping cities that have thriving literary communities that haven’t necessarily been exposed to the literary world at large yet.”

The reading will feature Monster House’s Richard Wehrenberg, Jr. and Bella Bravo along with local writers Noah Falck, Paige Melin and Woogee Bae. It happens on Friday, October 14 at Dreamland, and it’s free and open to the public.