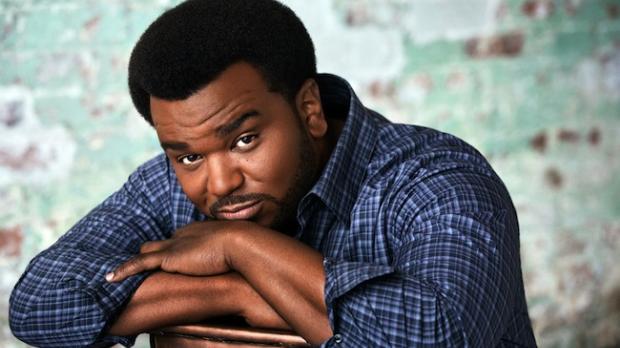 [COMEDY] Comedy/music virtuoso, Craig Robinson got his broke out on The Office back in 2005. Darryl Philbin was meant to be a small role turned into one of the longest standing characters who not only had one of the greatest exits when the show concluded in 2013, but also coined the text phrase “BTB: Bring That Booty.” Before Robinson grew to the comedy hero we know and love, he was making good use of his bachelor’s degree in music by teaching music at an elementary school in his hometown of Chicago. Robinson has been known to tickle the ivory and show off his gentle vocals in various on-screen roles, including The Office and the 2013 apocalyptic sensation, This Is The End. His piano work and occasional singing comes into play during his stand up alongside his smart, tongue in cheek humor. Robinson has appeared in several films, including Seth Rogan’s latest animated comedy Sausage Party, as well as Hot Tub Time Machine, Pineapple Express, Zack & Miri Make A Porno and Morris From America. He has also portrayed several recurring charters on hit shows, including Brooklyn Nine-Nine– Doug Judy, The Pontiac Bandit – and Eastbound & Down – Reg Mackworthy. Catch Craig Robinson at Helium Comedy Club on Wednesday, September 28 through Thursday, September 29.