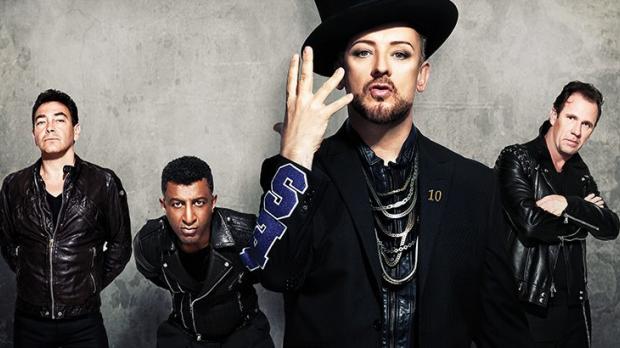 [NEW WAVE] Credited as one of the most influential bands of the 1980s, Culture Club took the world by storm with their androgynous lead singer, Boy George, and a collection of soul-influenced pop hits, from “Karma Chameleon” to “Do You Really Want To Hurt Me.” Arising out of England in 1981, they garnered a solid following across the U.K. However, it wasn’t until the release of their 1983 sophomore album, Colour By Numbers and a few edgy music videos on MTV that the outlandish group grabbed an international audience. They went on to release a few more solid albums, and a number of internationally acclaimed singles. Songs like the glossy orchestrated “Time” boasted an excessive flurry of syrupy pop hooks, while songs like “Church Of The Poison Mind” offered a solid argument for the honest songwriting and accessibility of the outfit. Much of their music–like the gorgeous piano ballad, “Victims”–was less embraced by American audiences, but deserves recognition nonetheless. A major hit in Europe and the UK, “Victims” characterizes the band’s versatility. With George’s vocals at the helm, the song’s keen sense of melodic depth ultimately solidifies their musical talent. The band members are getting up there in age, but they still dish out a colorful set, and George’s sense of style is as quirky as ever. Catch Culture Club at Seneca Niagara Casino on Saturday, September 3.