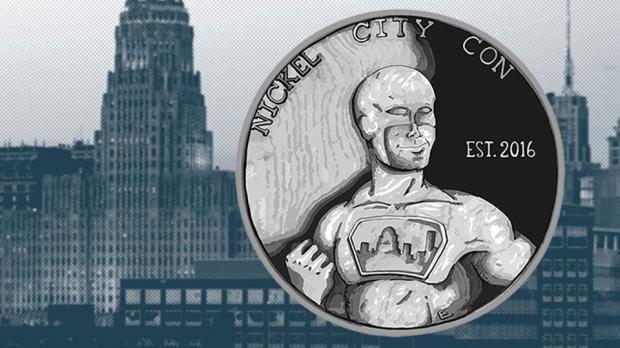 With attendees in mind, Martin and company were meticulous in vetting guests for the Nickel City Con. Drawing a crowd is important, but a reputation for engagement and fun were key when choosing their list of stars, which also includes actors Christopher McDonald (Shooter McGavin from Happy Gilmore. Read our interview here.), Brett Dalton (Agents of S.H.I.E.L.D.), and Larry Thomas (the Soup Nazi from Seinfeld).

“Comic con guests are much different from sports card guests. And to that end, we spoke to agents and other promoters to try to make sure that the guests we are bringing in were super personable, super easy to relate to. And we think we’ve done that with our guest list,” Martin said.

“To put Nickel City Con on and do it right, we’re talking thousands of man-hours that have gone into this. Between our marketing department, between our buyers, between our comic team—so much has gone into it. We really think that we’ve created something special here,” Martin said.

The Dave and Adam’s team are already planning a second edition for May 2017 with William Shatner confirmed as a special guest. “We have an agreement in principal and are just finalizing it,” Martin noted. Tickets are available at nickelcitycon.com; general admission tickets are $15 per day, $12 per day if you buy your tickets at Dave & Adam’s Retail Stores. A special two-day VIP pass is $49.95, which includes early entry to the show, a VIP swag bag, and a $10 gift certificate to be used toward any celebrity autograph.