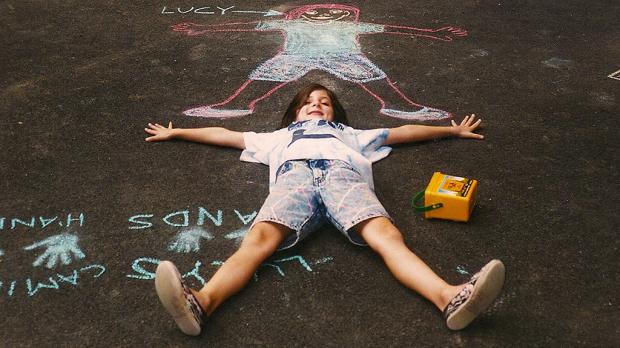 [SCREENING] This Thursday, July 21 at the North Park Theatre, Cultivate Cinema Circle will play host to the world renowned documentary filmmaker Doug Block for a screening of his deeply personal film The Kids Grow Up, an examination of parental anxieties as children grow over the years from cute and curious toddlers into self conscious independent adults. Prior to his Buffalo visit we spoke to him about his interest in personal filmmaking.

Your films are all intensely personal and mostly based on your own family experiences, including The Kids Grow Up. What got you so interested in personal filmmaking?
It was all the fault of this kid named Justin Hall, who was the main subject of my film Home Page (1998). It was the very early days of the internet, the tail end of year two, and I was very interested in the way people were putting their private lives out there publicly, very much a parallel to what goes on with personal documentaries, where that intersection is between self disclosure and privacy and where potential conflicts come into play. I found it absolutely fascinating.

When making films like this you emotionally expose yourself and your family in a way that most filmmakers would be uncomfortable with or unwilling to do.
Right, or you hint at exposing it, or you put in something you don’t even realize is embarrassing. Particularly in the case of my daughter, that was a real issue that came up. She liked the film, but there are a couple of scenes that embarrassed her, so it was hard on her and it was a problem that needed to be resolved. Sometimes I thought, “What am I doing? She’s going to hate me!”

Are there any films or filmmakers you’d point to as formative influences?
Ross McElwee Sherman’s March is the one that made me consider making documentaries. I didn’t even have a thought in my head about it growing up. I wanted to make fiction films and that totally turned my head around. It made me realize documentaries could be as entertaining, funny, smart and director driven, with serious underpinnings. Ross’s work in general is a pivotal influence. Other than that, most of my influences were fictional work that balanced comedy and serious issues like the work of François Truffaut or more recent filmmakers like Judd Apatow. I see a parallel between personal documentary and fictional comedy—you’re seeing a story that we all relate to because it’s about family relationships and parenting issues and conflicts with your kids—that’s the stuff of Hollywood movies. So to see it pulled off with real life, with your real family—that’s something special.