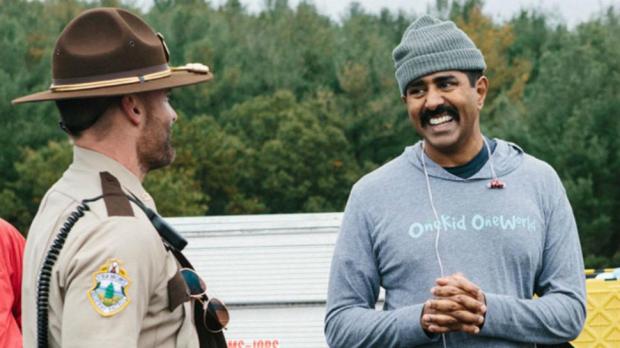 Jay Chandrasekhar (left) on the set of Super Troopers 2.

[COMEDY] Thanks to an Indiegogo campaign that garnered $4.2 million, Super Troopers 2 is underway and promises little character development and thicker mustaches. Jay Chandrasekhar (Thorny), who wrote, directed and starred in the 2001 cult classic is so much more than a syrup-chugging second-tier cop. Known for his work in the Broken Lizard comedy troupe responsible for zany flicks, like Beerfest and Club Dread, Jay’s stand-up game is strong. He is also credited with directing some of the funniest comedies on television, including episodes of Arrested Development, Community, Blue Mountain State, New Girl, and The Goldbergs. Catch Jay Chandrasekhar at Helium Comedy Club on Thursday, June 23 through Saturday, June 25.