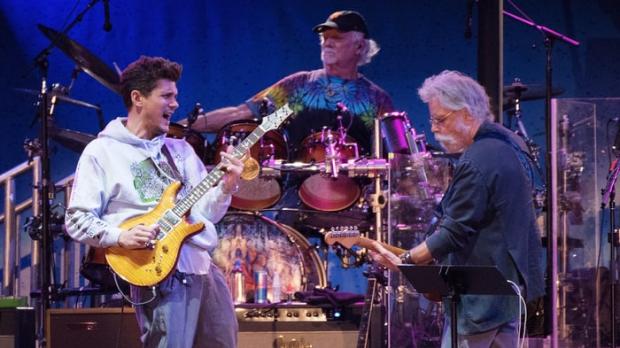 [TRIBUTE] When John Mayer joined forces with Bob Weir, Mickey Hart, and Bill Kreutzmann to form Dead & Company (along with Oteil Burbridge and Jeff Chimenti), many figured it wouldn’t last. The addition of Mayer, known mainly for his guitar-driven-but-breezy radio pop, struck older Dead enthusiasts as blasphemy (he essentially fills in for Jerry Garcia) and… hadn’t they just done a series of farewell shows in Chicago? Perhaps those shows were done with this in mind: a new era for what remains of the Grateful Dead. And it has been a roaring success. ROARING. Perhaps the biggest surprise remains Mayer’s competence as a bluesman with capable improv chops, not to mention a penchant for blue-eyed soul vocals that sweeten those rickety GD harmonies of old. Hard as it may be to believe, the Grateful Dead remains alive and well in this latest incarnation—and the shows continue to sell out. Tuesday, June 19 at Darien Lake Ampitheater.