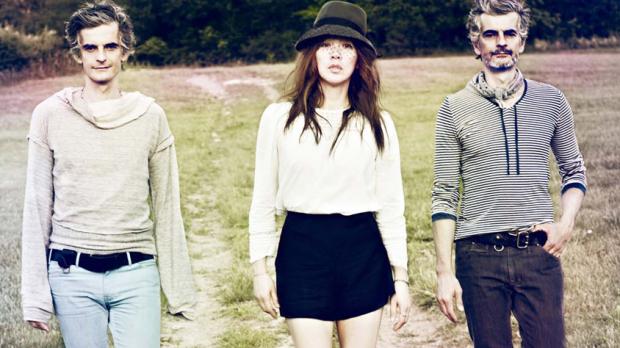 [INDIE] Listening to Blonde Redhead’s latest album Barragán, one can’t help but feel compelled to sit up straight, cook a fine meal, and unwind. Sparse guitar lines and hard-panned flutes are sandwiched between natural sound recordings of wind and flowing water. The dichotomy provokes imageries of paradox: an acrophobic clenching their wind blown umbrella, a well dressed man strapped to the top of a horse.  A bit of kindly probing is all that was necessary for singer and guitarist Amedeo Pace to open up and confirm the origins of this duality. We talked to Pace in anticipation of Blonde Redhead’s show at the Waiting Room on Tuesday, June 16.

You’ve lived in New York City for over 20 years now. Do you ever have visions of a quieter life in the country, away from all that hostile grumbling?
I’ve often thought about getting a place Upstate. I’ve been Upstate a lot lately and I’ve been riding horses as well, but I do worry about ticks and stuff like that. Growing up in Italy I never had to worry about lying in the grass or going in the forest and being barefoot, but it’s such a worry there with Lyme disease. You must know about it too?

But whenever I’m in the country I feel so great. I am attracted to living away from New York, and especially where I live now in Brooklyn; they’re building all around me. I initially chose this neighborhood because it made me feel like I was in the country but there are now like four building sites around my apartment and I think its going to continue to change. It’s really important to me to have a place where I know that I can walk or bicycle and it gets quieter and quieter as I get closer to home and when I finally get there I have some oxygen and breathing space. I love being in nature, but I also really feel like I need to have an activity; I would have a hard time feeling at peace with myself. Since I’ve been here for so long, I would really have to learn how to be in nature properly, beyond just accepting the fact that it’s quiet and beautiful and I can just sit and relax.

Has this longing for peace and quiet inspired the use of field recordings on your new album?
The field recordings come from our producer Drew [Brown]. I never really thought it would add this much, but then when he actually put it in the music I thought it was really, really beautiful. I never did have that mentality of recording sounds from the outside, although when I hear something that sounds amazing, whether it’s by nature or by machines or what’s happening around me I get really excited.

Are you proud of what you accomplished on Barragán?
It’s still hard for me to know how I feel about the album. It takes maybe a year or two to digest what we did and to start having a clear vision of what it meant to do this album and what it means in our history as a band. I don’t think I’m the person that’s supposed to say what I think about my own album.

Blonde Redhead has a truly cinematic sound. Do you have any recommendations for great films that you’ve seen lately?
I’ve been having a little trouble sleeping so I’ve been watching these nature programs. I don’t know if you know this guy—David Attenborough? He narrates these BBC nature programs and his voice is just amazing. It’s been really calming me down watching and hearing him talk. They’re mostly about the planet and animals and plants and the sea water and tides. They’re very interesting and calming for me to see that and experience that.

Win a pair of tickets to the Blonde Redhead show at the Waiting Room on our Facebook page!