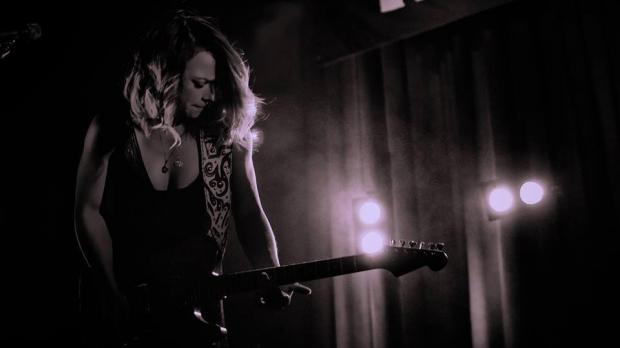 [BLUES] Ma Rainey and Bessie Smith were among the forebears who transformed the blues from a male-dominated genre of working songs and light vocals to a gender-blended experience marked by earthy vocals and fervent conviction. From Janis Joplin to Rory Block, women have continued to prove that they possess the emotional scars essential to conveying the raw passion that buttresses the genre. Now, the 25-year-old Samantha Fish is making it crystal clear that she’s equipped with the goods and grit to carry the torch with glory. At 18, Fish won Best New Artist at the 2012 Blues Music Awards thanks to her debut album, Runaway, which displayed the Kansas native’s firecracker approach to blues-rock. Her third and latest release, Wild Heart is a solid display of her evolution as a songwriter and a performer. The high-voltage guitar thrusts come in spades, but so does a strong shot of hill-country blues that’s foreign, but refreshing. Fish’s booming vocals soar with brazen strength on songs like “Bitch On The Run” and “Wild Heart” dropping off slightly for slower cuts like “Place To Fall”—but when she goes down, it’s only long enough to give you goosebumps by way of nasty guitar licks and her sultry, impassioned vocals. Catch Samantha Fish at the Tralf Music Hall on Monday, June 6.