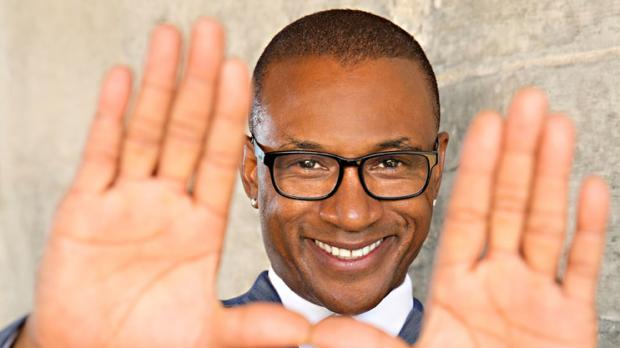 [COMEDY] Tommy Davidson came up on the groundbreaking, risk-taking sketch comedy show, “In Living Color,” which ran during the early nineties. The show gave Davidson a platform to showcase his knack for impersonating pop culture figures like MC Hammer and Michael Jackson, as well as his flair for embodying all sorts of zany characters, from Howard Tibbs III to Sweet Tooth Jones. The show launched Davidson’s career in television, which included voicing Creamed Corn in Adult Swim’s 2012 series, “Black Dynamite,” appearing on “Everybody Hates Chris” and starring as Oscar Proud in the 2001 Disney animated series “The Proud Family.” Davidson’s road to Hollywood was smooth, thanks to his comedic brilliance. Cutting his teeth on the Washington, DC comedy scene, Davidson was quickly spotted by big name concert promoters who decided to use him as an opening act for artists like Luther Vandross. Through over twenty years of working in comedy, Davidson has continued touring his stand up, which feature a mix of hilarious impressions of icons like Barack Obama alongside familial and cultural humor punctuated by brilliant one liners. Boasting an exuberant on-stage energy, Davidson is a truly animated character equipped with plenty of sound effects and hand gestures to keep his audience entertained. Catch Tommy Davidson at Helium Comedy Club on Thursday, May 26 through Saturday, May 28.