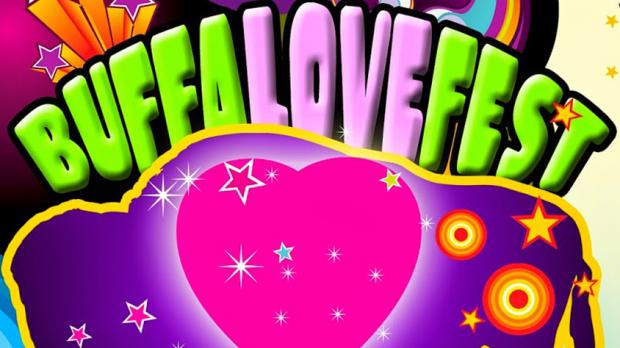 [FUN] There’s nothing better than celebrating all things Buffalo with local vendors and a tribute band to Lance Diamond while strolling through the Buffalo Zoo with a glass of wine or a pint of your favorite beer. You can do just that on Friday, May 29 when the Buffalo Zoo holds the third annual Buffalovefest, 5:30-9pm. The event includes beer and wine vendors, 18 food trucks, artisan vendors, and more. In the past, the headlining act at Buffalovefest has been the BuffaLoveBirds with frontman Lance Diamond. This year, the BuffaLoveBirds will perform a tribute to Lance including “Lanceification,” a song that was co-produced by Diamond and the Goo Goo Dolls’ Robby Takac. The BuffaLoveBird band lineup features popular local musicians Ali Critelli, Eric Crittenden, Vinne DeRosa, Rob Lynch, and Mike Wagner. Other performers include local favorites Blackrock Zydeco and the Albrights, with DJ sets by Camaican Sensation. The event will include Buffalo trivia, a DRINKO tournament, and a variety of Buffalo-centric vendors including local artisans, T-shirt printers, jewelers, and more.