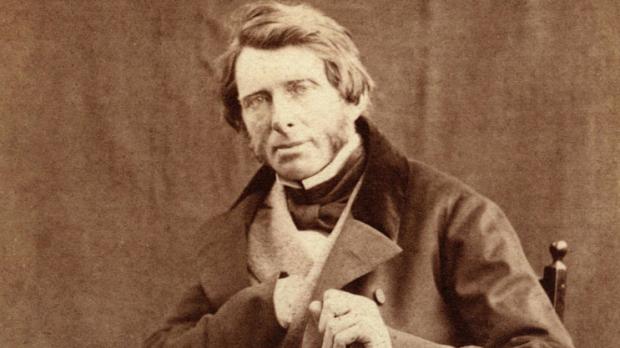 John Ruskin: The Goddess of Getting-on

[LIT] Peter Smith is former dean of the School of the Arts at Columbia University, former director of the Hopkins Center for the Creative and Performing Arts at Dartmouth College. Yet he makes little of his academic resume.

(“When a man is wrapped up in himself,” wrote the Victorian era critic John Ruskin, “he makes a pretty small package.”)

Instead, Smith is famous among Allentown coffee shop habitués for engaging in dialogue. He wants to know what you think. He wants to know what you do. He wants to know how you engage your immediate community and the broader world. He is polite but rigorous in his inquiry; in this regard, his academic training reveals itself. His opinions and arguments are powerful but not imposed—rarely even expressed—because he wants first to pick your brain. He does not quickly excuse those who profess to have nothing to say.

(“The first test of a truly great man is his humility,” Ruskin wrote. “By humility I don’t mean doubt of his powers or hesitation in speaking his opinion, but merely an understanding of the relationship of what he can say and what he can do.”)

Smith is, in short, an enthusiast and practitioner of public discourse, as championed by Ruskin (1819-1900), whose lectures on art and architecture (he was an early champion of Turner) were spell-binding; when Ruskin accepted an invitation to speak in his pleasant Scots burr, people turned out and his patrons were admired for their progressivism. He was one of the great thinkers and aesthetes of his age and—naturally, congruently—one of its great writers, admired by and influencing several generations of English-speaking intellectuals.

(“My dearest memories of my Oxford days are walks and talks with you, and from you I learned nothing but what was good,” Oscar Wilde wrote to Ruskin, who was his professor at Oxford. “How else could it be? There is in you something of a prophet, of priest, and of poet, and to you the gods gave such eloquence such as they have given no other, so that your message might come to us from the fire of passion, and the marvel of the music, making the deaf to hear, and the blind to see.”)

Smith, long retired from academia, is an occasional actor and lecturer on local stages. Fond of Ruskin, he has created a performance of one of Ruskin’s public lectures: In 1864 the movers and shakers of the wool town of Bradford in Yorkshire invited Ruskin to speak as a critic of architecture about the wool exchange they proposed to build. In his talk, titled “Traffic,” Ruskin skewers the worship of what he calls the “Goddess of Getting-on” and “Britannia of the Market”:

In this mill are to be in constant employment from eight hundred to a thousand workers, who never drink, never strike, always go to church on Sunday, and always express themselves in respectful language. Is not that, broadly, and in the main features, the kind of thing you propose to yourselves? It is very pretty indeed, seen from above; not at all so pretty, seen from below.

Ruskin’s original lecture lasted about an hour; Smith has condensed it to half that without losing Ruskin’s versatile and timely message He will perform Ruskin’s words on Tuesday, May 24, at Trinity Church Chapel, 371 Delaware Avenue, 7:30pm. The lecture is free and will be followed by a question-and-answer period. You will see and hear nothing like this again. It is, coincidentally, the 197th anniversary of the birth of Queen Victoria.

John Ruskin: The Goddess of Getting-on