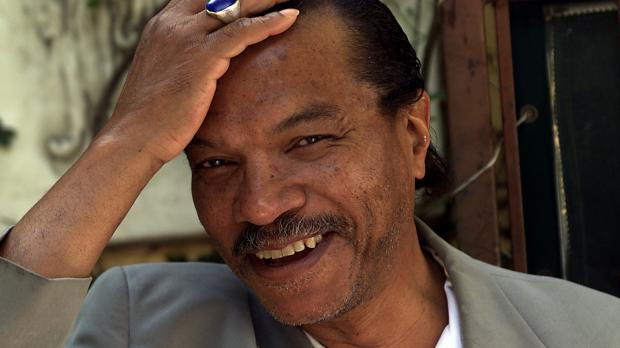 [COMICS] In the hallowed halls of the comic and pop culture convention circuit, there are few performers with a resume that stacks up to Billy Dee Williams. A career spanning eight decades (Williams first appeared on Broadway in 1945)? Check. Arguably the most charismatic role in the biggest movie series of all-time Star Wars? Check. A legendary endorsement campaign with with malt liquor brand Colt 45? That’s Billy Dee Williams.

Williams will be a featured guest at the Nickel City Con, which will take place at the Buffalo-Niagara Events Center this Friday, May 19 through Sunday, May 21. He will be joined by a massive cast of celebrities, including fellow sci-fi royalty William Shatner and Nichelle Nichols of Star Trek, Stranger Things star Noah Schnapp, and Hall of Fame quarterback Joe Montana.

Williams, 80, took some time to discuss his career with The Public. He will be on hand Saturday and Sunday only.

You’re bound to see many Star Wars fans at Nickel City Con. What are your thoughts on the latest Star Wars movies, and what’s your overall impression of where the franchise is headed?
They are entertaining movies. They are very good, entertaining movies. I, however, am much more partial to the original movies. I think, to me, the characters are much more memorable. And there was a really bigger than life quality to those movies.

Daniel Glover has been tapped to play Lando Calrissian in an upcoming Star Wars film. I understand you had a chance to meet with him.
He was a very nice kid. He’s very talented. Talented musician, writer and actor, and I wish him well. It’s very difficult seeing anyone else play Lando since I created that character.

What do you think it is about you, Billy Dee Williams, that is most intrinsically tied to the Lando character?
It’s very difficult to talk about myself, but I have a very special quality as a performer, and I’ve proven that in every character I’ve played.

You do have a distinct charisma that’s hard to characterize.
Certainly in Lady Sings The Blues, certainly in Mahogany, certainly in Brian’s Song. Most characters I play, they are very special because I approach it in a particular, special way.

You made a brief appearance on Dynasty as the character Brady Lloyd. What are your reflections from working on Dynasty?
I had a lot of fun. I loved working with Diahann Carroll. She and I went to high school together. She’s a wonderful person, she’s extraordinary.

What were your plans for Two Face character when originally cast as Harvey Dent for Batman (1989)?
The irony is I got to play Two Face in the Lego Movie (The Lego Batman Movie). When I played Harvey Dent, the hope was to end up playing Two Face, but it didn’t work out.

Can we read into your Lego Batman performance as an indication of what a live action Two Face would have been like played by Billy Dee Williams?
Certainly if I had done it in the flesh, it would be a whole different situation, probably. You win some, you lose some.

The comic convention scene has grown a lot over the past few decades. What do you enjoy most about coming to these events?
I’ve been doing it for awhile now, and I really enjoy it. It’s an opportunity for me to meet with the people who have given me a great deal of support over the years. So, I really enjoy it from that perspective.

Do your fans ever bring you interesting items to sign?
Oh, yes. They bring me Colt 45 bottles, they give me gifts. It’s really an enjoyable experience.

The second edition of the Nickel City Con takes place at the Buffalo Niagara Convention Center May 19-21. Other celebrity guests include Erin Grey, Diamond Dallas Page, Sam Jones and a host of renowned comic book artists. Tickets and more info are available at NickelCityCon.com.