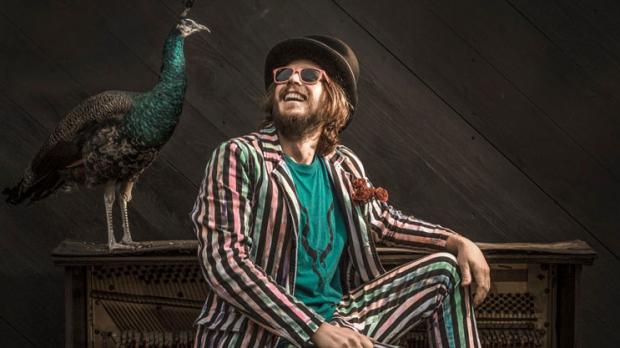 [JAZZ] Marco Benevento strikes the ivory of his upright piano, meticulously calculating each note’s effect on the one that precedes it. Filling his piano lines in with rich textures and tones, his songs grow into their own atmospheric soundscapes that are as creative as they are harmonious. Through five albums, Benevento wrote, arranged, and played his largely instrumental anthems; leading a band from behind his piano and army of drum machines, sequencers, keyboards and pedals. The only instrument missing from this medley was his voice, until his 2012 release, Swift, which found Benevento’s earnest vocals sitting comfortably atop his colorful compositions. Benevento continues playing with his vocals on his 2016 release, The Story Of Fred Short. While he has always had a flair for penning unique yet accessible music, album opener, “In The Afternoon Tomorrow” is a pinnacle of gentle pop, kicking off an album that’s less experimental than past albums, but by no means less powerful. Benevento’s latest work is an excellent demonstration of his capacity for tuneful songwriting, while utilizing a wide array of sounds to create something that’s boldly enthusiastic, from the echoey, chamber music sounds of “I Intro: The Story Of Fred Short”  to the smooth classic rock vibes of “Heavy Metal Floating Upstream.” Catch Marco Benevento at the Tralf Music Hall on Saturday, May 14.