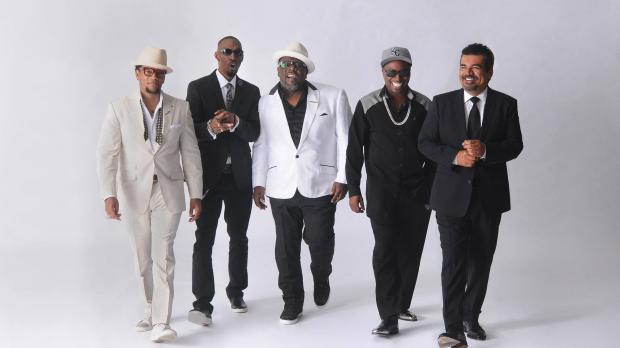 The Comedy Get Down

[COMEDY] With all the politics that have congested New York State in the weeks leading up to the primaries, there’s no greater time to welcome a star-studded band of comedic veterans with a proven talent for picking apart today’s political landscape. Hosted by George Lopez, a master entertainer in his own right, The Comedy Get Down features two of “The Original Kings of Comedy,” Cedric “The Entertainer” and D.L. Hughley, along with Charlie Murphy and Eddie Griffin for a night that will leave you in stitches. Known for his roles in the Barbershop films, Cedric’s charismatic, giggly stand-up has made him one of the most sought after comics in the industry. Hughley’s smart and brash brand of humor is as strong in the stand-up arena as it is on screen, and he has a Peabody Award to prove it. Voted one of Comedy Central’s Top 100 Greatest Comedians of all time, Griffin is a writer, producer, actor and certified badass on the comedy circuit. Charlie Murphy rose to fame on The Chappelle Show, where his “True Hollywood Stories” were one of the show’s greatest bits. Since the show’s end, Murphy has continued his rise as a screenwriter, actor and stand-up comic. Fusing all of these comedic greats together is the quick-witted George Lopez, who has enjoyed a career that has encompassed television, film and stand-up. Catch The Comedy Get Down at the First Niagara Center on Saturday, April 23.