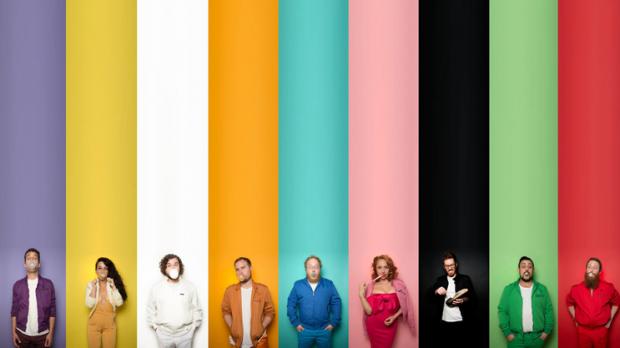 [FUNK] Helmed by Dave Brandwein and Taylor Shell, Turkuaz started out as a small side project, but once Berklee College of Music’s student-run label, Heavy Rotation Records, got wind of that smooth funk they added the Brooklyn-based outfit to their annual showcase. While their recordings are undeniably hot, the nine-piece’s live show is where it’s at. Each member is blessed with impeccable musicianship and spirit, making for a bone-chillingly good live spectacle where the energy is as colorful as the instrumentals. Turkuaz’s ensemble is marked by a rich brass section, which gives their distinctive sound a vintage quality, as does the sultry backdrop of female vocalists. Drawing on a wide spectrum of influences, including James Brown, Sly and the Family Stone, Talking Heads, and John Brown’s Body, classic funk and soul can be heard loud and clear. However, what really makes Turkuaz shimmer and shine is their uncanny ability to dust off an old school sound and contemporize it. Late last year they released their second LP, Digitonium. From disco-blasting grooves like “European Festivity Nightmare” to the icy twang of “Percy Thrills The Moondog,” Digitonium is a classic funk album that’s dripping with modern aesthetics. Catch Turkuaz with The Nth Power at Buffalo Iron Works on Wednesday, April 13.