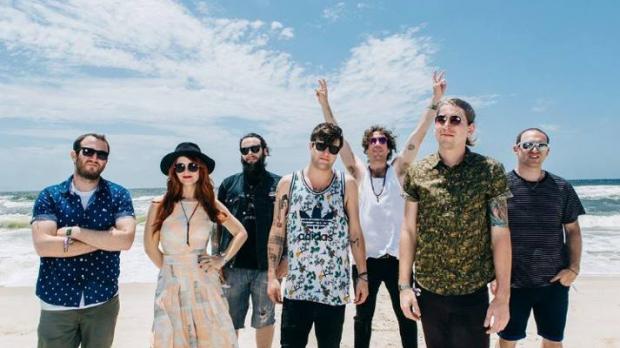 [POP] With their major label debut The Mowgli’s (inappropriately placed apostrophe included), made waves with their sunny brand of indie pop—specifically their widely embraced hit single, “San Francisco,” The Mowgli’s have embarked on stardom that has included sold out shows and gigs on late night television. Their latest release, “Kids In Love” dishes out 12 pop cuts that maintain their upbeat, beach-friendly vibe. Catch The Mowgli’s with Julia Nunes and The Rebel Light at The Waiting Room on Thursday, April 14.