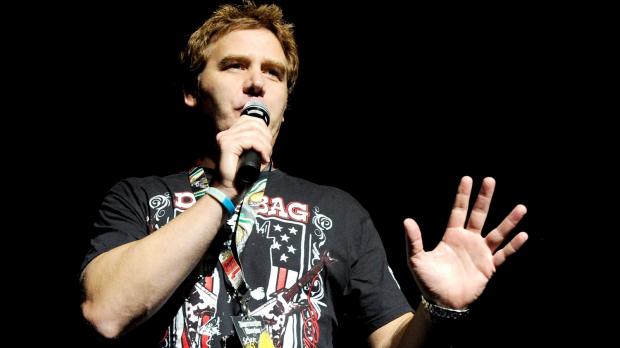 [COMEDY] Stand up comedian, actor, and writer Jim Florentine may come off as a little rough around the edges, but don’t let that fool you. This hilarious Brooklyn born performer is a man passionate about what he loves, be it metal music, making people laugh, or crank calling. Florentine got his first big break in 2001 when he released Terrorizing Telemarketers Vol.1. After having it played multiple times on the Howard Stern Show, the CD jumped in Amazon’s best sellers chart from 282,363rd to 2nd. After 15 years of releasing more standup albums and making cameos in projects like Grand Theft Auto, and on Chelsea Lately, The Apprentice, and many more, Florentine has also created many projects based around his true passion, heavy metal. Florentine along with fellow metal aficionados Eddie Trunk and Don Jamieson hosted VH1’s That Metal Show, which ran from 2008 to 2015, and also opened for all of the Big Four metal bands (Slayer, Anthrax, Megadeth, and Metallica) on separate occasions. You’ve heard his weekly podcast Comedy Metal Midgets, now come see him live at the Waiting Room this Friday, April 15. Joe Howard opens the show.