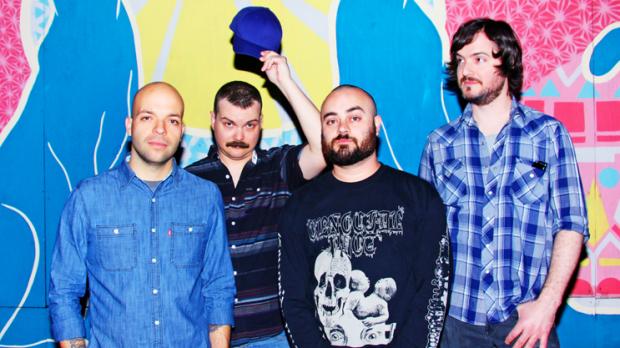 [METAL] Floridian veteran metal quartet, Torche, has made a searing impression on the international underground scene by way of melodic sludge that plays with unapologetic fervor. Their self-titled 2005 debut threw up a tuneful collection of driving anthems, conquering vocal harmonies and vast reverberation all bundled into an unidentifiable style – “stoner pop” eventually became a general consensus. The band was heavily embraced; earning a spot on Decibel Magazine’s highly coveted annual Top 40 list. Last year they released their fourth studio album, “Restarter,” which is certifiably their heaviest album to date. After a decade of experimental metal, the aptly titled, “Restarter” reveals the band journeying back to their thick and loud roots. “Bishop In Arms” marries a pounding, Bonham-esque drumbeat to driving guitar and a subliminal bassline for a sound that recalls rock through the ages, while sounding completely fresh. Catch Torche with Wild Throne, Malarchuk and Second Trip at the Studio at the Waiting Room on Monday, April 11,