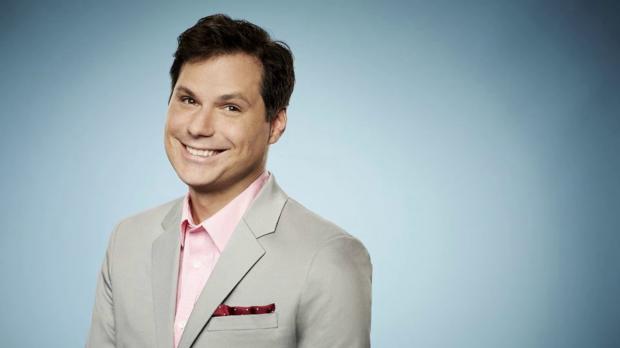 [COMEDY] Comedian Michael Ian Black’s association with Buffalo is more than just stand up shows and chicken wings—he also has fond memories of traveling to Buffalo to watch men beat each other up in what he claims to be among the greatest nights of his life. Black’s razor sharp wit and sarcasm have been among his calling cards since the debut of MTV’s The State sketch comedy show in 1993. Since then, Black has added many credits to his resume beyond comedy and acting. He’s also a successful author, film and television producer, and podcaster on his weekly How To Be Amazing interview show. With five stand up sets scheduled at Helium Comedy Club this Thurday, March 29 through Saturday, March 31, Black spoke to The Public about his recent New York Times piece responding to the Parkland school shootings, his role as a voice in political issues, and more.

You wrote a widely discussed opinion piece “The Boys Are Not Alright” last month in response to the Parkland school shooting that may have exposed a less comedy-oriented side of you to a new audience. I’m wondering what kind of feedback you got from that piece.
There was a lot of positive feedback. There wasn’t the volume of negative feedback that I was expecting. I was expecting more blow back from the kinds of men’s rights people who are out there. But there was very little of it. Maybe because it was in the New York Times and those guys don’t read the New York Times? I don’t know. It was overwhelmingly positive… it was pretty heartening, actually.

And now we’ve seen the response from the students at Parkland and younger generations, who seem to be carrying the gun control issues on their backs.
It’s been interesting to me watching it, and watching it really be lead in voice and spirit by these teenagers. It’s been really awesome to see—it’s been so organic and fantastic to watch, that it feels important that they take the lead. And as best as we can, adults just stay the fuck out of it. And I shouldn’t say “stay out of it.” Support them, but don’t try to lead them.

As a father of a toddler, I’m glad that I don’t have to explain what’s happened in this country over the past few years to my child yet. You have two teenagers, how do you talk to them about what’s going on while helping them not be jaded and cynical?
I’m not trying to make them not cynical or not jaded. I’m hopefully not trying to make them into anything. As a parent, all l I can do is ask questions, and hopefully they will have a thoughtful response. And if I hear them parroting my opinion back to me, I sometimes play devil’s advocate to my own opinion just to make sure they thought about these things. I don’t want my kids to be carbon copies of me and I know my wife feels the same way. I don’t want them to be Democrats because their parents are Democrats.

Do you feel that the public has began to see you as more of a voice on these issues? Do you see yourself differently? Maybe not any less as a comedian, but maybe more as commentator? A pundit?
No, I’m definitely not a pundit. And God forbid I ever become one, because all a pundit does is prognosticating, which means you are predicting the future and getting it wrong. But no, I don’t think of myself any differently. I am, frankly, amazed when anybody pays any attention to what I have to say because, you know, nobody in my household particularly cares what I have to say.

Well, I have seen some of your more poignant or thoughtful quotes in those thought provoking social media graphics. I see those and say, “Hey, that’s the guy who did the pizza sketch on Stella.”
If anything, it’s made me think a little more strategically about what I’m doing and why I’m doing it. The last thing I think I’m capable of providing is guidance, but what I think I can do is either help amplify a message, or re-frame a message or stake out some territory. I often say on my Twitter feed, for example, that the NRA is a terrorist organization. And I believe that. But, I think it’s important for people like me, who are not pundits, but who have a voice, to stake out that territory because it moves the conversation just the tiniest bit. And even if you disagree with the premise, which far more people do than agree with it, it at least makes you go, “Wait a minute, why is he saying that?” I think that’s valuable, and I think that’s where I can add value to the conversation.

Do you have any memorable stories from your various stops in Buffalo?
My friends and I got tickets to a UFC fight when UFC was still brutal and incomprehensible—it was one of the better nights of my life, watching these dudes beat the shit out of each other. And afterwards, I think I was meeting the producer, so we were able to get into the backstage area and it really blew my mind to see these same guys that I’d just seen beating each other up watching a replay of the fight together and laughing and compliment each other on how they beat each other up.

The original Stella sketches (with David Wain and Michael Showalter) that floated around the Internet in the early 2000s are some of my favorite works of yours. At that time, there were limited video outlets online and the sketches were difficult to track down. I feel like Stella was ahead of its time in terms of technology not being able to distribute the videos en masse.
That is probably true, but we weren’t thinking “Oh, if only technology were there, we’d have this thriving online video career.” Those videos you are referring to were made for a live show in New York City. We would make a video a week, and we would just show them thinking they’d never be seen again. And then, slowly, a year or two or three into when we started doing that, the capability to put these things online started popping up and I don’t think we recognized at the time that they would find an audience. And it wasn’t until we took that troupe, Stella, on the road—we would go all over the country and people were showing up. It just never really occurred to us that that would happen. And I was so surprised and happy that it did.