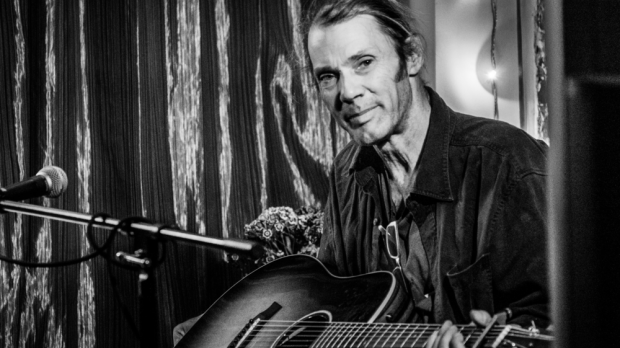 [ROOTS] Now 63, North Carolina’s Malcolm Holcomb has quietly released a string of 13 albums that have those in the know calling him an American treasure. Born and raised in the Blue Ridge Mountains, he’s a songwriter’s songwriter, highly regarded for his ability to conjure vivid imagery and recognized by genre contemporaries like Emmylou Harris, Steve Earle, and Jeff Tweedy. This is further exemplified by his having shared stages with Merle Haggard, Richard Thompson, John Hammond, Leon Russell, Wilco, and Shelby Lynne, among others. Recorded in Boston, his latest, Come Hell or High Water, features collaborations with Iris Dement and Greg Brown, and it’s what’s bringing him to play at Sportsmen’s Tavern on Wednesday, March 27 at 7:30pm. Tickets are $10.